Nigeria’s economy will continue to grope in dark if power challenge is not solved – Gov. Emmanuel | Plus TV Africa

Nigeria’s economy will continue to grope in dark if power challenge is not solved – Gov. Emmanuel | Plus TV Africa 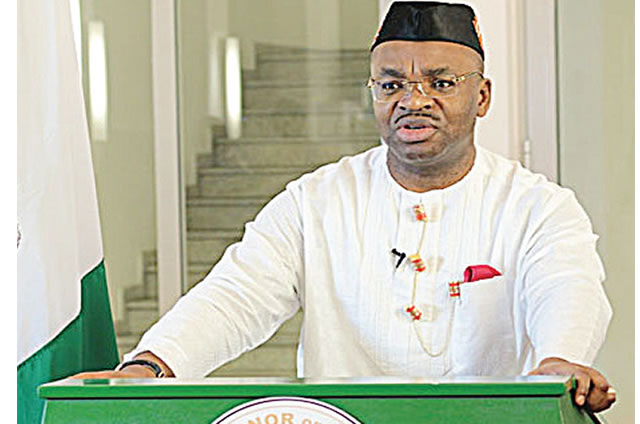 Akwa Ibom State Governor, Udom Emmanuel, says the nation’s economy will continue to grope in the dark if the power challenge is not solved.

Governor Emmanuel stated this at a three-day 2021 management retreat of the Transmission Company of Nigeria, TCN, in Uyo, the Akwa Ibom State capital.

The issue of poor power supply in the country continues to be a major headache for the country and as the management of the TCN holds its retreat in Uyo.

Governor Emmanuel pointed out that power holds the key to unlocking the nation’s economic potentials. He decries the continued flaring of the country’s natural gas which can be harnessed to meet her power needs.

The Managing Director and Chief Executive Officer of TCN, Sule Abdulaziz, appreciated the beauty and serenity of the state which informed the decision to hold its retreat in the state.

Abdulaziz highlighted efforts at expanding the country’s transmission network. He lauded the state for its investments in the power sector and called on other states to borrow a leaf from Akwa Ibom State.

This post was written by Abisoye and was first published at plustvafrica.com
Adamawa boarding schools not closed – Governor Fintiri – TVC News