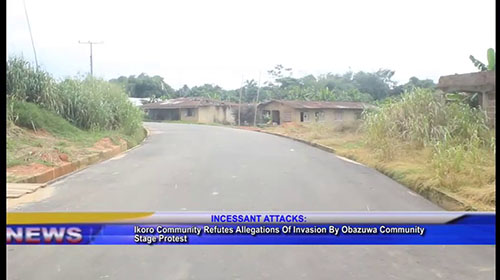 Best Mbiere reports that women of the community staged a protest over what they described as a continuous attack on the community by the people of Obazuwa Community.

This post was written by Tonni Etim and was first published at www.itvradiong.com
Set up judicial panel on UNILAG, others’ finances —Babalakin – Punch Newspapers