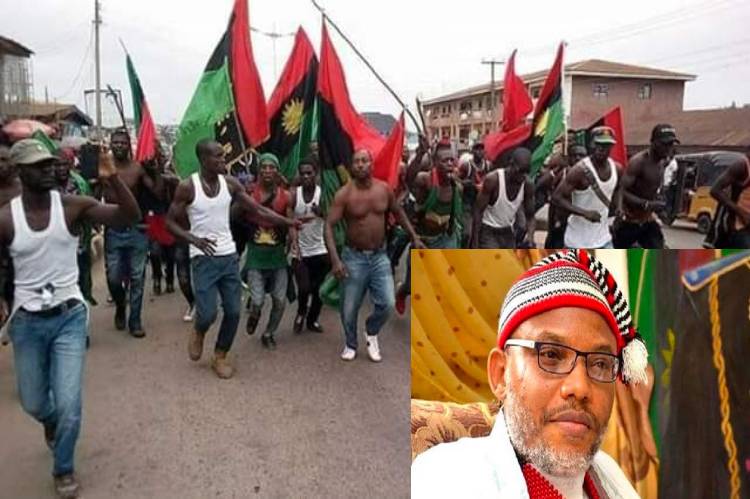 The proscribed Indigenous People of Biafra(IPOB) has suspended the weekly sit-at-home exercise it commenced this week in the southeast.

This is according to the Spokesperson of the group, Emma Powerful in a statement on Saturday.

The group said the suspension of the exercise is due to a direct order from Kanu to that effect.

“We know that our people embraced this civil action wholeheartedly and without any compulsion.

“The leadership sincerely appreciate the innate desire of Biafrans to sacrifice their time, resources and energy in ensuring that our leader Onyendu Mazi Nnamdi Kanu is released unconditionally from the illegal custody of the Nigerian State who criminally renditioned him from Kenya to Nigeria.

“The suspension of the sit-at-home by the IPOB Head of Directorate was as a result of a direct order from the leader of this great movement Onyendu Mazi Nnamdi Kanu.

Recall that IPOB had declared a weekly sit-at-home exercise to protest the arrest and detention of its leader, Nnamdi Kanu by the Federal Government.

The exercise, which commenced on Monday, August 9, was trailed by loss of lives, property as well as huge financial and economic implications for the region.

The region was projected to have lost millions to the exercise as Monday is usually one of the busiest days for businesses in the region.