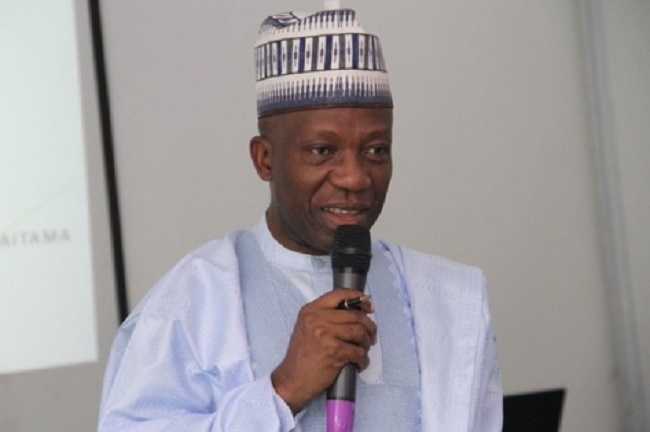 A former Minister of National Planning, Professor Abubakar Olanrewaju Sulaiman, has tasked Islamic clerics in Ilorin, Kwara State, to strive towards documenting their teachings and contributions to knowledge.

He said those who are scholars in Ilorin Emirate and its environs should not stop at Islamic propagation by verbal messages.

Professor Sulaiman spoke at the launch of the book ‘Benediction and Supplication with the Holy Qur’an for Human Salvation’ written by Khalifat Mahmud Sulaiman Ameenullahi Okeleru.

The former minister, who is the Director-General of the National Institute for Legislative and Democratic Studies (NILDS) and chairman of the occasion, said verbal messages delivered by scholars in Ilorin must always be documented to reflect their contributions to knowledge.

He reiterated that Ilorin remained a centre of Islamic knowledge globally which boasts prominent Islamic scholars who have made huge marks in Islamic jurisprudence.

He challenged present-day scholars who took over the reins from their fathers and forefathers to pay more attention to “archiving, research and documentation.”

For instance, he noted that the founder of Markaz in Lagos, Sheikh Adam Abdullahi Al-Ilory and that of Adabiyyah and the first Mufti of Ilorin, Sheikh Kamal-deen Habeebullahi Al-Adabiy, both of blessed memory, were listed in the “Who is Who in Africa” owing to their deep contributions to knowledge as epitomised by the countless number of books they wrote.

He said scholars of today must take up the gauntlet by documenting their preaching and spread the messages globally.

The former minister said the author of the book, Khalifa Mahmud, had contributed to the body of knowledge through the production of the book.

“This should be a pacesetter for others. This is why Ilorin is known as the centre of Islamic jurisprudence. This gathering is an act of Ibadah and I encourage every one of us, especially those of us who are Khalifa, to follow the same pattern,” he said.

The book reviewer, Dr Ridwan Apaokagi, recommended the book for all and sundry, saying it is a veritable contribution to the body of knowledge.

On his part, Professor Badmus, who is also the Chief Imam of Al-Hilal Central Mosque, said Khalifa Mahmud had challenged all Islamic scholars to endeavour to write.

“We should endeavour to write and not worry about criticism. If you don’t write, there would be nothing for the critics to talk about. What Sheikh Mahmud did is a very noble and commendable work and a great contribution to knowledge,” he said.

In spite of the huge investment in the water sector by the government and international organisations, water scarcity has grown to become a perennial nightmare for residents of Abeokuta, the Ogun State capital. This report x-rays the lives and experiences of residents in getting clean, potable and affordable water amidst the surge of COVID-19 cases in the state…Document your contributions  Document your contributions

This post was written by Saheed Salawu and was first published at tribuneonlineng.com
Presidency: It will take God’s grace for a northerner to hand over power to a southerner in 2023 —Primate Ayodele