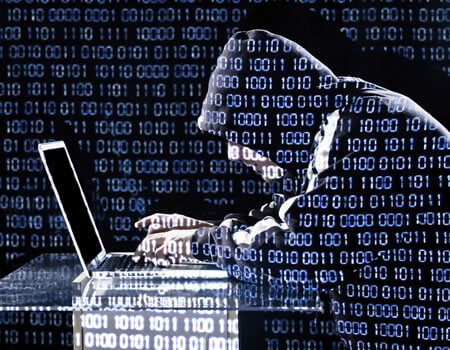 The Federal Government has been urged to adopt the international legal framework in harmonising cyber laws in Nigeria.

Akande made the appeal during an online conference organised by the Old Students Association of Federal Government College Ogbomosho, Oyo State.

She noted that the government needed to enforce various laws effectively to ensure people were protected.

She noted that the need for cyber protection stemmed from legal models derived from the body of common laws such as the United Nations Universal Declaration of Human Rights and the European Convention of Human Rights which provide for the rights of every individual to privacy.

“Cyber law acts as a shield over cyberspace, preventing cybercrime from occurring.

“The government needs to intensify efforts in the areas of organising workshops to better educate its citizens on cybersecurity.

“Also, individuals should not be greedy, the first level of security is oneself, it is necessary to be mindful of the sites one visits,” she said.

Akande added that those that fall victim of cyber fraud should speak to experts on how best to resolve such issues.

Akande said the categories of people exposed to cybercrimes were, individuals, corporation, organisations and the government.

Also speaking, Mr Olamide Sadiq, an official of the Economic and Financial Crimes Commission (EFCC), said that most of the cybercrimes the commission dealt with ranged from POS fraud, ATM card compromise and connivance by bank staff to steal from individuals account, among others.

On ATM card compromise, Sadiq said that details were stolen by cyber criminals and used to transact business at a POS.

“Phone alerts are disabled to prevent account owner from seeing fraudulent transactions on their accounts.

“People need to avoid using social media platforms to transact financial business because this is where people easily fall prey to scammers,” he said.

He said that the government could mitigate cyber crimes by engaging the citizens and educating them on the implications of getting involved in internet scam/fraud.

“Government should educate the citizens on the positive and options available for making legitimate income from the use of the internet.

“Also the government can establish policies that encourage the positive use of the internet and prosecuting offenders in a timely manner,” Jaiyeola said.

“Avoid using app that contains sensitive information even in the background while using VPN,” Adeyemo said.

He also urged the federal government to adopt international framework to ensure seamlessness in the prosecution cybercrimes.

This post was written by Bode Adewumi and was first published at tribuneonlineng.com
Cholera: Sokoto confirms death of six Lagos returnees