FRSC, Police and others comment on causes and casualties of Sokponba accident – Independent Television/Radio

FRSC, Police and others comment on causes and casualties of Sokponba accident – Independent Television/Radio 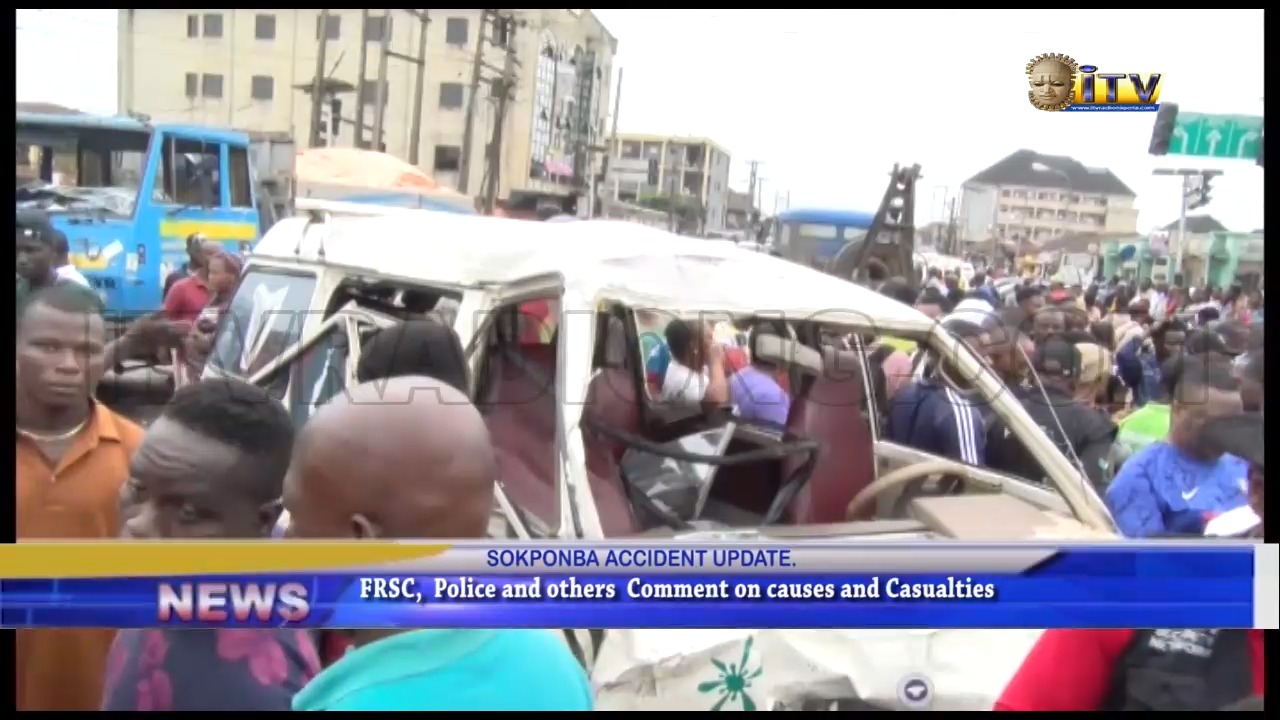 The Edo State office of the Federal Road Safety Corps says four persons lost their lives in a fatal accident that occurred on Tuesday morning along Sokponba Road in Benin City.

The sector commander, FRSC, Corps Commander Henry Benamaisia disclosed this while commenting on the casualty figures.

Deborah Ogbeifun reports that the driver of the tipper lorry involved is in police custody.

This post was written by David Eshovo Musa and was first published at www.itvradiong.com
NDA Attack: Institution sets up board of Inquiry to investigate invasion