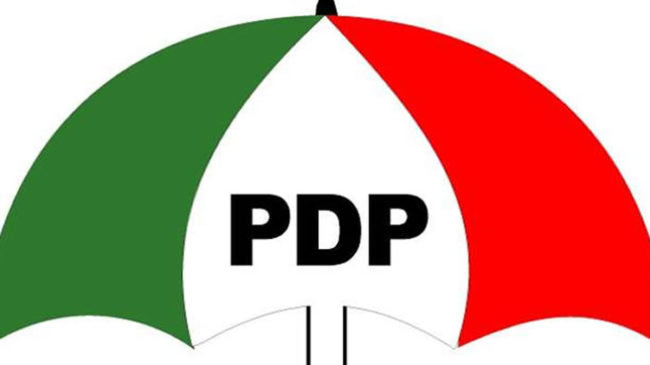 DESPITE agitation for a review of the zoning arrangement in the erstwhile ruling party, the Peoples Democratic Party (PDP), the party power brokers from the North may ultimately win the power game as they continue to galvanise support for the position of presidency.

A party source told Nigerian Tribune that leaders from the North in the PDP met on Tuesday in Abuja to articulate their position ahead of their meeting with the Enugu State governor and chairman of the PDP zoning committee, Governor Ifeanyi Ugwuanyi.

According to the source, the meeting at the instance of former Police Affairs Minister, Adamu Waziri had in attendance about 28 chieftains of the main opposition party across the North-West, North-Central and the NorthCentral geopolitical zones.

The source further revealed that the PDP chieftains from the North are pushing for the retention of the 2017 template of North/South, which produced the present National Working Committee, led by Prince Uche Secondus.

The present arrangement conveniently secured the 2019 presidential ticket of the PDP to the North which was won by former vice president, Atiku Abubakar at the party national convention held in Port Harcourt.

The source further disclosed that the chieftains of the party from the North at their scheduled Thursday meeting in Enugu will impress it on the zoning committee to retain the zoning template as they are convinced that it would ensure that the PDP retains lost ground in 2023.

Investigation revealed that following its loss of the 2015 presidential election to the incumbent President, Muhammadu Buhari, the PDP NWC with Uche Secondus as acting national chairman inaugurated a post-election review committee led by former Senate President, Ike Ekweremadu to investigate why the party lost the election.

At the end of its sitting, the committee recommended that the party should zone its 2019 presidential ticket to the North.

Prior to the zoning committee led by the Enugu State governor, another committee led by his Bauchi State counterpart, Senator Bala Mohammed recommended that the 2023 presidential ticket of the party be left open to all geopolitical zones.

It, however, noted that “in line with certain unwritten conventions of the nation’s history, many people think that, for fairness and equity, the North East and South-East geo-political zones that have had the shortest stints at the Presidency, should be given special consideration, in choosing the presidential flag bearer of the party, for the 2023 elections.”

This post was written by Taiwo Amodu – Abuja and was first published at tribuneonlineng.com
Ayedero Shina Peller: The ‘King of night life’ now ‘King of hearts’