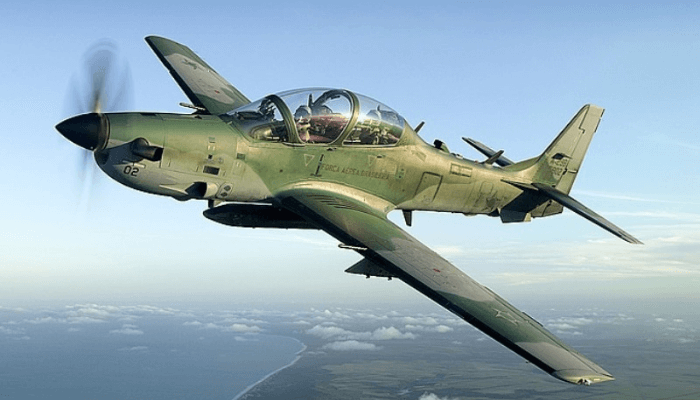 The training is part of the terms in the sale of the A-29 Super Tucano aircraft to Nigeria.

A statement from the U.S. Embassy said the seminar which was held from September 13 through September 17, in Nigeria “was included as a part of the A-29 Super Tucano sale as part of the Defense Security Cooperation Agency’s “total package approach” that includes not just hardware but spare parts, logistics, and training”.

According to the embassy, the course included case studies and discussions from U.S. and other international military operations and was taught by U.S. civilian and military lawyers with years of experience in operational law and military justice.

“Although the course was originally intended for the handful of commanders that would operate with the A-29, the Nigerian Air Force sent 20 commanding officers to this course, including 7 General Officers and the Deputy Director of Legal Services. Because this course was the first of its kind, DIILS Director, CAPT Ian Wexler, traveled to oversee the event and meet the officers.

“According to its website, DIILS is the lead Department of Defense security cooperation resource for global legal engagement and capacity-building with international defense sector officials. The DIILS instructors enjoyed a productive and professional interaction with the Nigerian officers and hope to continue this relationship and return for future engagements and courses,” the embassy stated.

This post was written by Chika Otuchikere and was first published at businessday.ng
Real estate for me is about putting smile on people’s faces—Umana