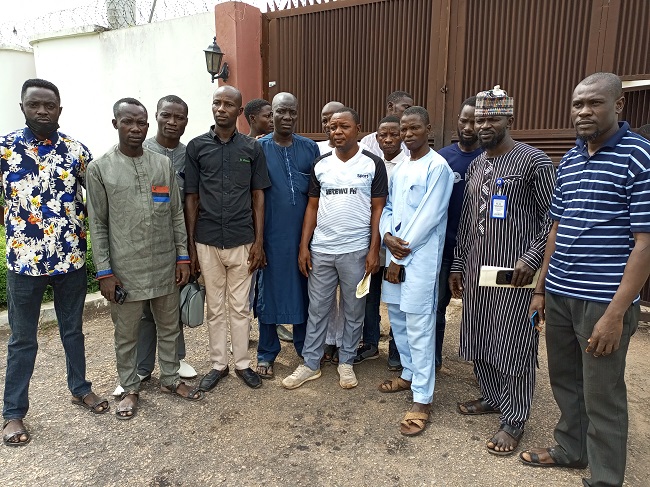 Some aggrieved members of the Peoples Democratic Party (PDP) in Kwara State have protested the planned conduct of a new congress scheduled to hold on Saturday.

The aggrieved members, who formed the executives of the party in Ilorin West local government of the state, described the planned congress exercise in the state as illegal.

The people, who said that their tenure was yet to lapse, added that the conduct of a new congress was not necessary.

They stormed the residence of the party’s chairman in the state, Engineer Kola Shittu to submit their letter of protest over the issue.

Speaking with newsmen after the action in Ilorin, the spokesman of the group and the auditor of the council, Comrade Lawal Nurayn Omoyooba, said the executives were elected in 2018.

He added that the decision to conduct a fresh congress to usher in new leadership in Kwara is against the party’s constitution that stipulated a 4-year term.

Omoyooba further alleged that names of the present executives are being replaced ahead of the exercise.

The letter was signed by all incumbent vice-chairmen, secretaries, and youth leaders of the party in Ilorin West.

They further vowed to drag their leadership to court if it fail to back down on the decision for a new congress for Kwara.

“We the concerned PDP members in Ilorin West wish to categorically and unequivocally say that the proposed congress of the party which is to be held on September 25, 2021, is nothing but an act of illegality as same is a fundamental contradiction of the constitution of our great party.

“There’s what we call midterm congress to fill positions of either resigned, defected or dead members. It’s not total dissolution. That’s what they’re trying to do”, he added.

The chairman of the party, Engineer Kola Shittu, while speaking on the issue Thursday evening said their claims are baseless, adding that the party will conduct its congress on Saturday in line with the party’s guidelines in the nine states that the exercise will be held on Saturday.

“I am too busy for such an issue now. We are very busy with the coming congress which we will conduct on Saturday. They should go to the national headquarters to know if their tenure has ended or not,” the party chairman said.

This post was written by Biola Azeez, Ilorin and was first published at tribuneonlineng.com
Embarking on strike now will be damaging to lives, Buhari tells doctors