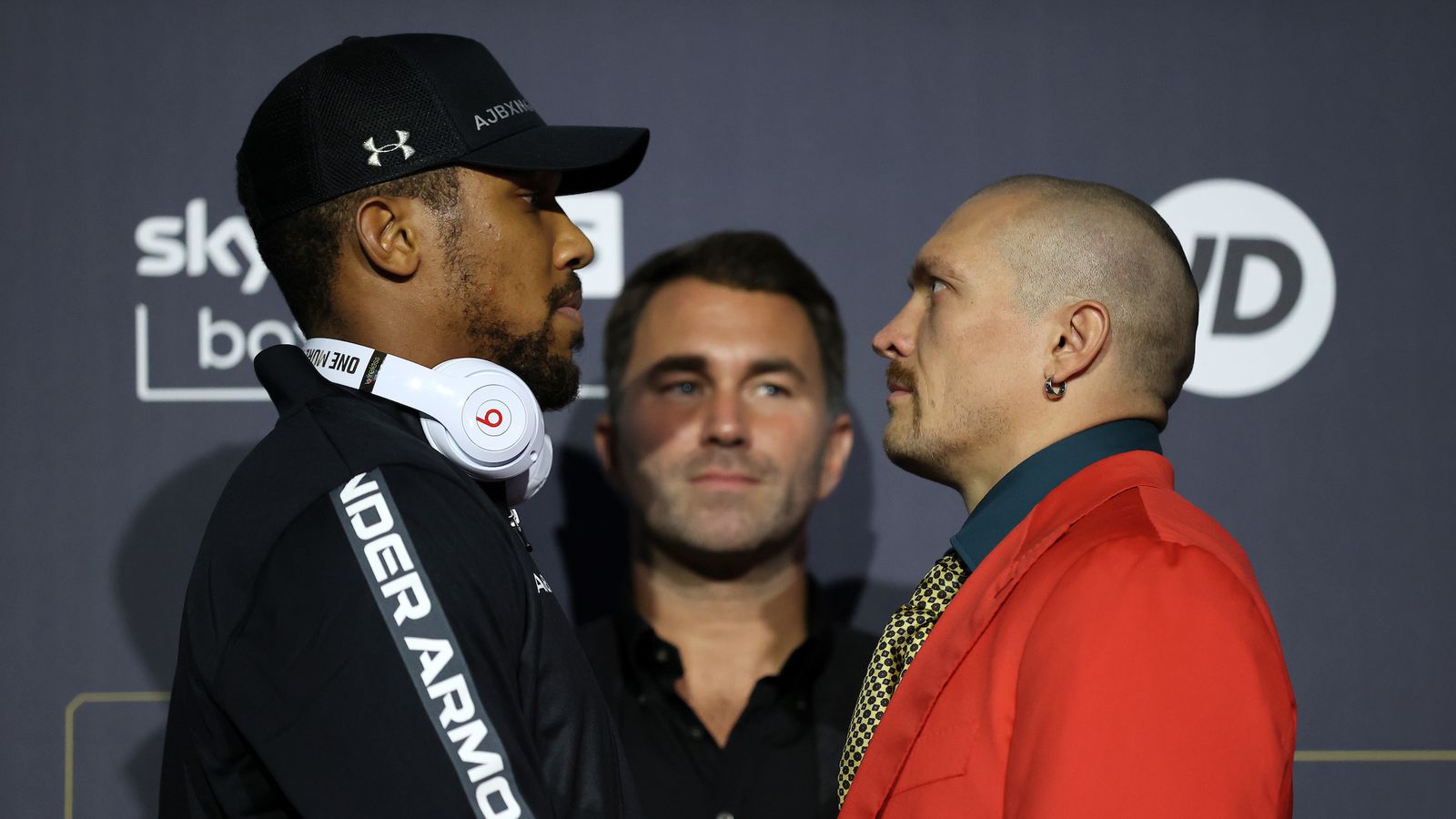 Boxing champion, Anthony Joshua has expressed confidence he would defeat challenger, Oleksandr Usyk on Saturday when they fight for his IBF, WBA and WBO heavyweight championships.

He said this on Thursday during the press conference before the game and face-off with the Ukrainian.

“You always aim to prepare for a 12-round fight but hope to cut it short – you aim to knock people out,” Joshua said.

“You have to have a bit of aggression, boxing skill, head movement. There is not just one factor that determines a fight.

“Obviously we have our go-to – our strength. I will use my strengths.

When asked if the fight will be determined in the final three rounds, Joshua said: “If it goes that far. The instinct and heart takes over.”

For Usyk, he said the match would be like a game of chess.

Joshua and Usyk had their first face-off on Thursday.

They will go face to face again at Friday’s weigh-in where their weights will reveal much about their preparations for the Saturday fight.

This post was written by Muhamin Olowoporoku and was first published at pmnewsnigeria.com
Cross reveals he had panic attacks after his last heart break