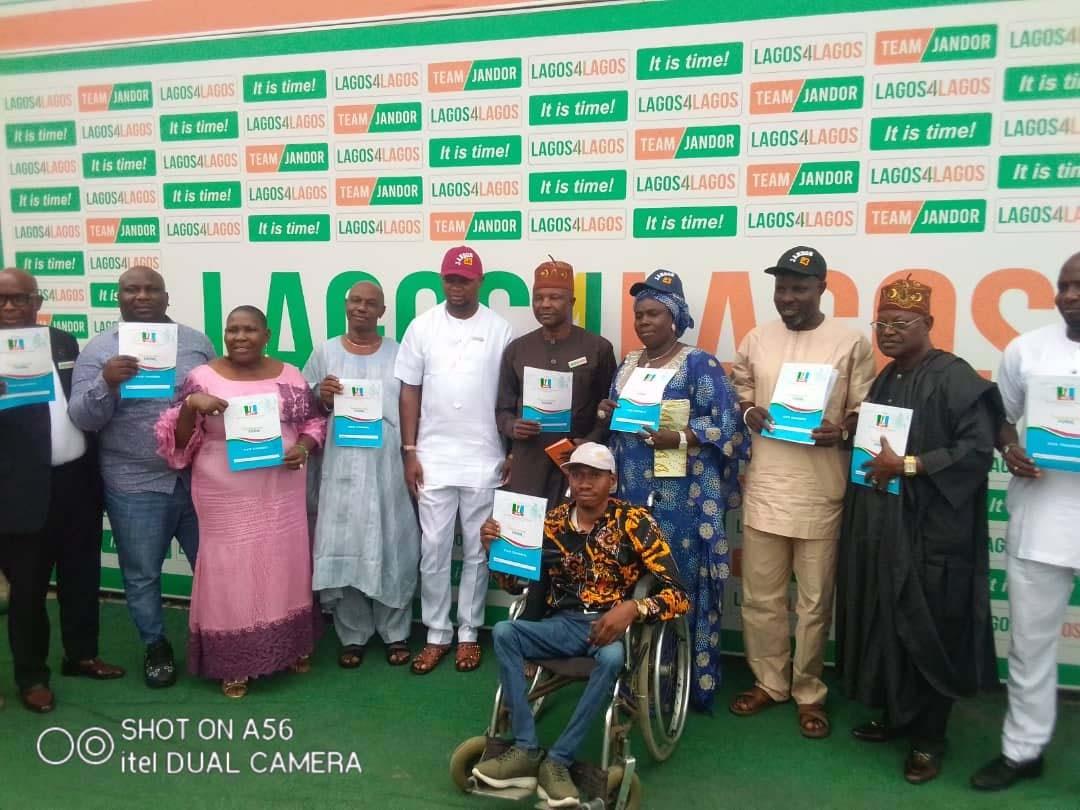 ...Says there is no going back

By Olasunkanmi Akoni and Nelson Alu

A group in Lagos All Progressives Congress, APC, Lagos4Lagos, on Thursday, unveiled 36 members executive to participate in the forthcoming state convention of the party exercise, slated for October 16, 2021.

The moves followed the conclusion of APC’s membership registration and revalidation exercise as well as the commencement of its Congresses which states from the Ward level ahead of its National Convention.

Jandor, who was confident that the executive members, duly elected, would be recognized by the National body for the state convention, saying: “There is no going back on this. Is better for them to join us in contest or loose out at the end of the day.”

According to him, all due diligence had been followed in line with the guidelines and constitution of the party.

On being in tandem with party’s constitution, Jandor stated: “The answer is Yes, of course you know that the party call for Congresses at all level and they brought out a guide line of what they wanted us to do. If you are interested in applying for any position, this is what you need, there is a set of form which you must buy.

“The party said, this is the approved number where to pay, if you pay us and present your nomination we are going to give you forms, which we did, we paid, collected tellers, so when somebody hijack the form, we understand the question of the law, the most important thing is that you asked us to pay and we have evidence of payment.

“Those are the things we presented before the appeal and we went ahead to affirm for the the appeal, all of these are still part of the procedures and guidelines of the party.

“So, if the party at the National level doesn’t recognise us, they won’t invite us to come to the appeal because they know there is a dissenting voice in Lagos, they are of Lagos4Lagos group which enables us to be carried along in other process, hence our invitation to that.

“As party members we have every right to fight for any of the party position which is what we are doing, this is our human right, and the party asked us to pay and get a nomination form, we have done all that.

“Now of course our party allows for concensus, but where that fail there must be an elective congress, we don’t canvass people to say you must buy into this, the party constitution and guidelines is already clear, there is nothing wrong in us sitting together and saying this is how we want it done.

“If we all agree with one problem, even if we agree at the round table, the provision of the constitution says that we should take it to the view for all other members or delegate as the case may be, to affirm, that truly we did this, so this what we have been following.

“We will continue to follow so that at the end of the day, if they refuse to change or show repentance we can take them to court, I believe we have done the needful, we are only waiting for them to also do the needful.”

This post was written by Nwafor and was first published at www.vanguardngr.com
Man to receive 15 strokes of cane for stealing window burglary