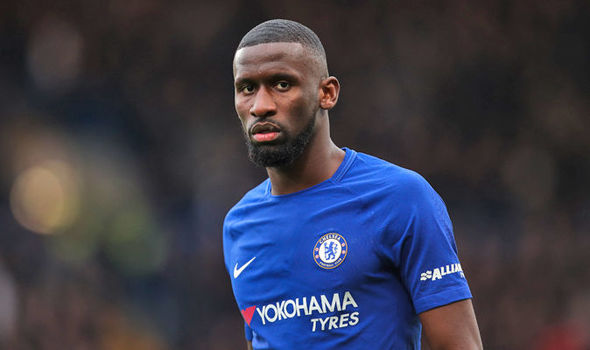 According to a report by Spanish outlet Fichajes, the race to sign Antonio Rudiger in next summer’s transfer window on a Bosman move continues to intensify. Barcelona are the latest club to be linked with the Chelsea defender, who is also being courted by Tottenham and Juventus.

Antonio Rudiger is currently enjoying the best phase of his Chelsea career, having been completely transformed by Thomas Tuchel after previously becoming a bit-part player under Frank Lampard. So much so, that the German international is widely regarded as one of the best defenders in the Premier League at the moment.

To date, Rudiger has made 156 appearances for Chelsea, with eight goals and three assists to show for his efforts. However, Chelsea are in a precarious position over the long-term future of the 28-year-old, who has entered the final year of his contract at Stamford Bridge. Such a situation has now piqued the interest of Barcelona and Tottenham Hotspur.

Barcelona are the latest entrants in the race to sign Rudiger from Chelsea, although it is for a good reason. With Clement Lenglet’s performance levels plummeting and Samuel Umtiti being a bit-part player at best, the Blaugrana are clearly in need of signing a new centre-back at the earliest possible opportunity, despite the arrival of Eric Garcia in the summer.

To that end, Rudiger is a viable target for Barcelona, with the Chelsea defender also an attractive target due to the fact that he can potentially make his way to Camp Nou on a free transfer. On the other hand, Tottenham could need a central defender if Davinson Sanchez and Eric Garcia blow hot and cold as the season progresses.

The duo made a solid start to the season but have often flattered to deceive at Tottenham, which is why Spurs might need to delve into the transfer market for a centre-back despite the arrival of Cristian Romero. Rudiger, to that end, is a viable target for the north Londoners, who are plotting a Bosman move for the German international.

Apart from Barcelona and Tottenham, Juventus are also keen on signing Rudiger while the likes of Real Madrid, Paris Saint-Germain and Bayern Munich have all been linked with him as well. With the who’s who of Europe after him, it will be interesting to see if Rudiger leaves Chelsea as a free agent or ends up committing his future to the Blues.

This post was written by Agency Report and was first published at independent.ng
Man Utd Confirm 22-man Squad For Champions League Clash Vs Young Boys