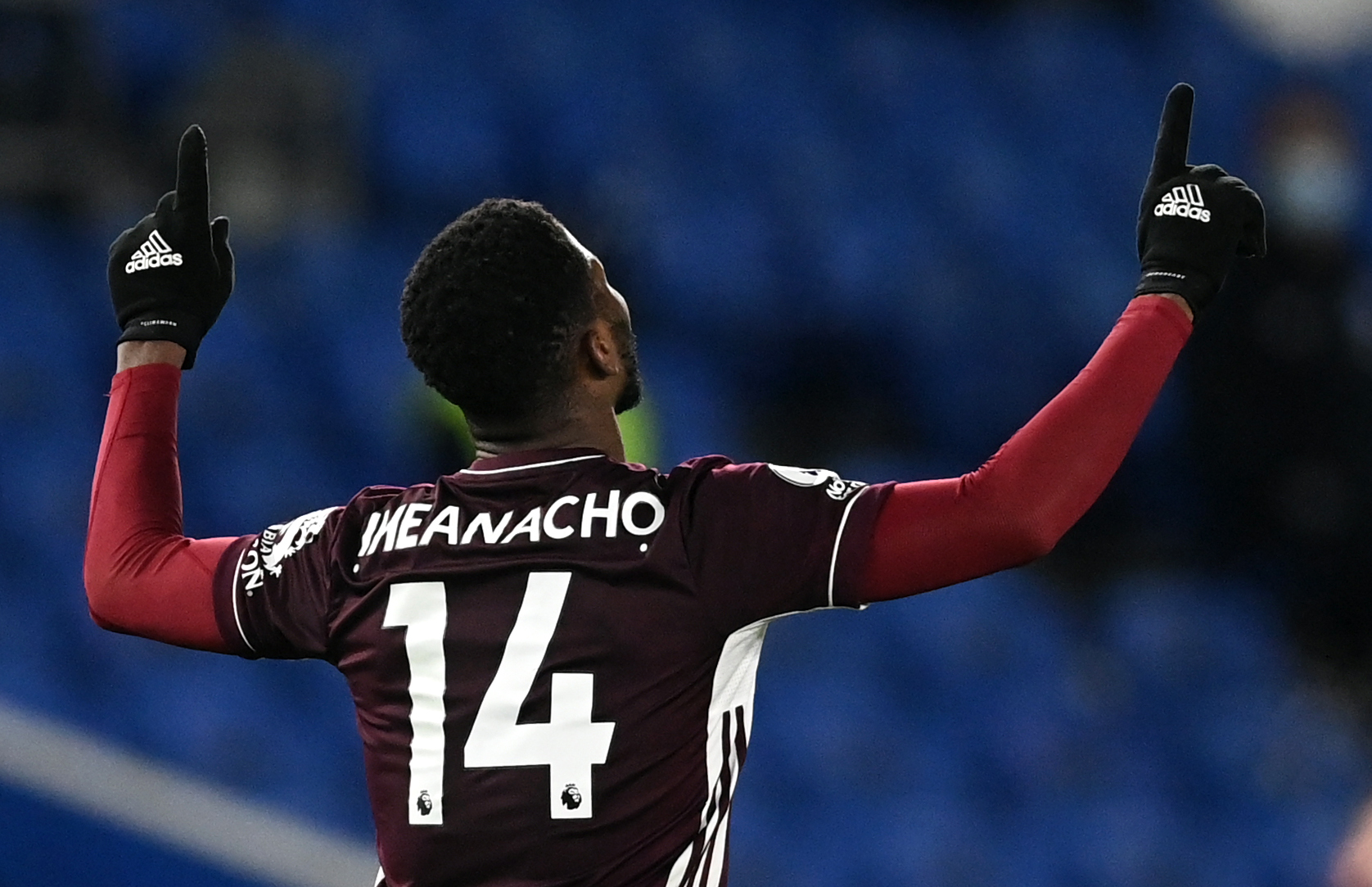 The third round matches in the Carabao Cup were completed on Wednesday with two Nigerian using their match to open their goals account for the season for Leicester City.

The Foxes have been on a bad run, especially in the Premier League but on Wednesday, the Foxes needed two late goals from loanee, Ademola Lookman and last season’s highest goal scorer, Kelechi Iheanacho.

Lookman and Iheanacho started as the two up front against Championship side, Millwall as Brendan Rodgers rotated his squad. Kiernan Dewsbury-Hall and Danny Ward also started. Iheanacho made the first goal as his shot was parried to an onrushing Lookman to jab home. The second was a blast from the boots of the Nigerian with two minutes left on the clock as his shot almost tore a hole in the net. It was his first goal of the season after his penalty won the Community Shield.

In the post-match conference by Leicester TV, Iheanacho admitted to Millwall being a tough match and the manner of his goal.

For Lookman’s opener, Iheanacho said, “it was a good counter from the team and I took the ball well and tried to put it in the corner but the keeper parried it for Ade and he finished it. It was a difficult finish; difficult technique but it was a good finish,” he added.

Leicester will face Brighton in the fourth-round match scheduled for October 25 and 26.

In other matches, West Ham got quick revenge on Manchester United as the Hammers went to Old Trafford and triumphed 1-0, courtesy of an eighth minute goal from Manuel Lanzini. Chelsea needed penalties to get over the challenge of Aston Villa after the match ended 1-1. Kepa Arrizabalaga was the hero once again as he saved one spot-kick and Chelsea won 4-3.

There are many EPL clashes in the fourth round with only three non-EPL sides remaining in the draws.

Manchester City are the defending champions and are going for a fifth consecutive triumph.

This post was written by Jide Alaka and was first published at www.premiumtimesng.com
VAT: FIRS threatens those paying to Rivers govt after losing in court