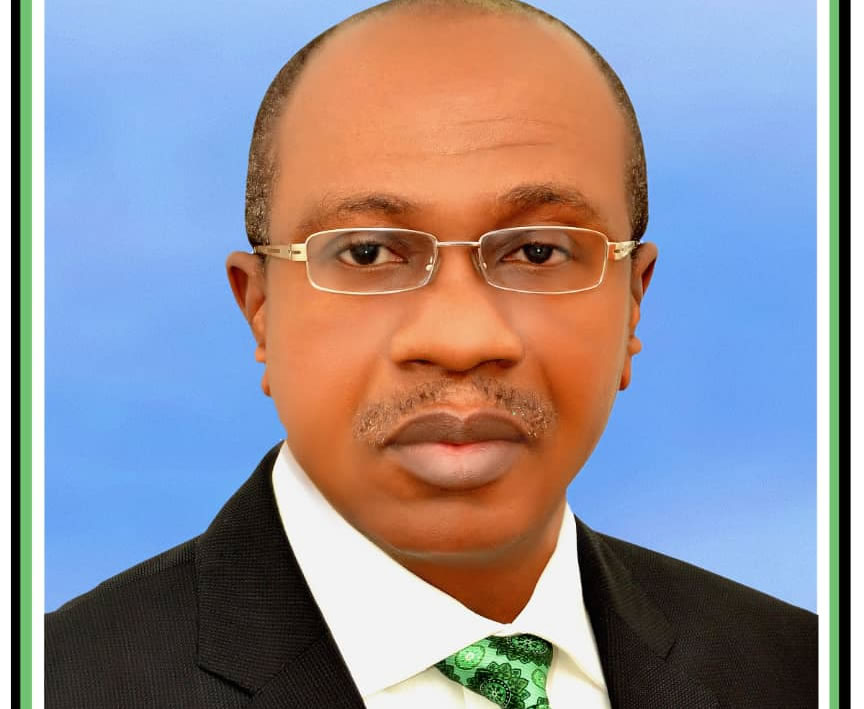 The Conference of Nigerian Political Parties (CNPP) and the People’s Democratic Party (PDP) Youth Movement (PYM) has condemned calls by the leadership of PDP asking for the resignation of the Central Bank of Nigeria (CBN) Governor, Godwin Emefiele over fraud allegations.

PDP leadership through the National Publicity Secretary, Kola Ologbondiyan had earlier, on Thursday, in Abuja called on the CBN Governor to resign over allegations of corruption.

In separate statements, the CNPP and the PYM pointed out that the leadership of PDP should be more concerned with the crisis rocking the party instead of interfering in CBN issues.

The Secretary-General of the CNPP, Chief Willie Ezeugwu said that the CBN Governor had not done anything to warrant the call for his resignation.

Ezeugwu stated that PDP doesn’t have the support of other opposition political parties on the call for the resignation of Emefiele, noting that the party should be more concerned over the decamping of its top members into the APC.

According to CNPP, the current National Working Committee of “PDP is chasing shadows when its house is consumed by the inferno.

“The Nigerian opposition parties are currently supposed to be undergoing internal healing and rebuilding so as to be well-positioned to take over power in 2023, but the activities of the Uche Secondus led PDP has reduced the politics of opposition to child’s play and possibly being for hire to operators of BDC’s who are fighting the Governor of CBN for the policy to stop the sale of Forex to the BDC’s.

“PDP has become a shadow of itself and fast turning into a briefcase political party if the likes of Uche Secondus and Mr Kola Ologbondiyan are left in the strategic offices they presently occupy in the party.

“They should be shown the way out and not join hirelings to make misguided calls on the basis of which are laughable, baseless and cannot be substantiated,” CNPP said.

Similarly, the PYM through its National Coordinator, Mallam Abubakar Sadiq, equally condemned the call for the sack of the CBN Governor.

“We are amazed at the irony that the same Prince Uche Secondus, as well as Kola Ologbondiyan under whose watch the PDP diminished to its ever worst level and was only made to leave office courtesy of a court order despite fighting to remain in office, is the same Uche Secondus and Kola Ologbondiyan that are asking another person to leave office when they have refused to step down to allow the PDP to be rebuilt after their incompetence sent the party to the path of self-destruction.

“Do Uche Secondus and Kola Ologbondiyan not know that their performance at the NWC of the PDP has been the most unproductive, lacklustre, uncreative and fruitless period in the history of PDP?

“Do these men not know that they have so made the great PDP so unattractive that governors, senators, national and state parliamentarians and even elected party officials at various levels of the Party are now leaving the party in droves and seeking other platforms to guarantee or even brighten their chances of winning elections in 2023?

“Why have Uche Secondus and Kola Ologbondiyan not willingly resigned if they believe that anyone who fails in an assignment should resign? Or are they waiting for the undertakers to come and carry the carcass of the PDP which they promised their paymasters?

“Instead of distracting the attention of PDP members on the upcoming Convention, Mr Kola should go and sit down and at least pen a good hand over the note to his successor as his plot with Mr Secondus to abort the PDP National Convention will fail woefully.”

They said a reasonable National Publicity Secretary of an opposition Party will rather put the failures on the table of the elected President and not officers he has the right to hire and fire. Doing otherwise unequivocally shows that Mr Ologbondiyan is working for the larger APC interest and he must be booted out of the PDP.

This post was written by Tyavzua Saanyol – Abuja and was first published at tribuneonlineng.com
PDP dumps Secondus as Akinwonmi set to conduct national convention