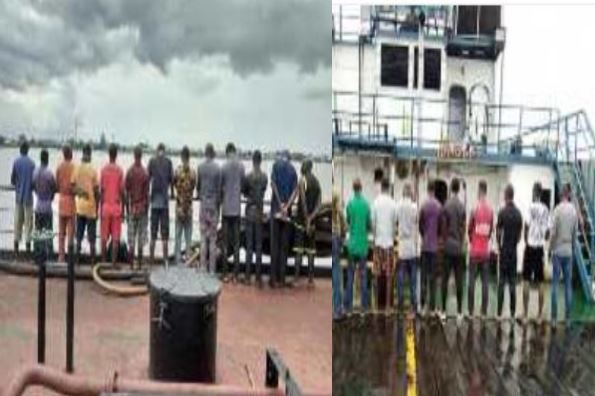 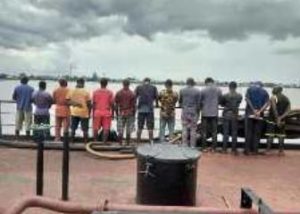 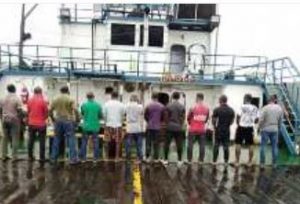 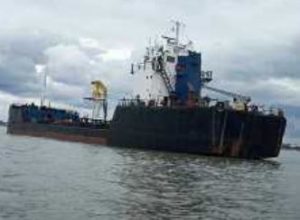 The suspects were handed over to the EFCC, alongside two Vessels: MT Bright Hope and MV Johanna II on Wednesday, September 22, 2021 at Bonny Island, Rivers State.

The suspects and vessels were apprehended by the Nigerian Navy Ship NNS Gondola in an anti-bunkering operation, according to Naval Handing Over Officer Captain R. T. Oladejo. MT Bright Hope was allegedly loaded with 1,371,256 litres of suspected stolen crude oil and 62,431 litres of suspected illegally processed Automotive Gas Oil, according to him ( AGO). The MT Johanna, on the other hand, was filled with 394,00 litres of AGO-like substance.

“Today, we are handing over the vessels and twenty five crew members to the EFCC for proper investigation”, he said.

Assistant Superintendent of the EFCC, ASE Arasah, took over the suspects and vessels on behalf of the EFCC. He praised the Navy’s collaboration with the EFCC, as well as its unwavering efforts and determination to cleanse the country of illegal oil activities. He also promised that more investigations would be conducted and that the guilty persons would be brought to justice.

This post was written by TVCN and was first published at www.tvcnews.tv
Gulf of Guinea: Nigeria, Denmark reiterate effort to fight piracy, deepens economic ties with Bolivia