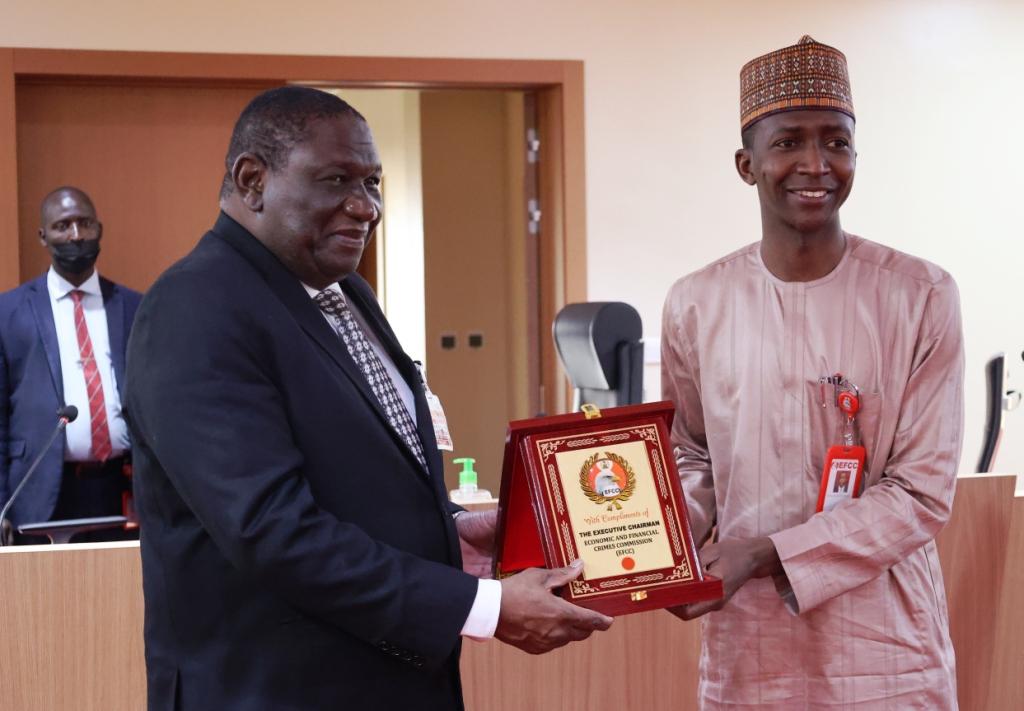 The Economic and Financial Crimes Commission (EFCC) says it has secured 978 convictions so far in 2021.

EFCC’s spokesperson, Wilson Uwujaren, quoted the anti-graft agency’s chairman, Abdulrasheed Bawa, as saying this during a courtesy visit to the Administrator of the National Judicial Institute (NJI), Salisu Garba, at Jabi, Abuja, Thursday.

“At the last count, we have 978 convictions this year, which is a testament to the fact that the judiciary is cooperating with us,” Mr Bawa said.

The EFCC chairman, who assumed office in February, did not give a breakdown of the conviction record.

But a cursory look at the commission’s website which is regularly updated with statements on its arrests and court cases, shows the convictions are mostly in cybercrimes cases which often end in plea bargain.

Mr Bawa, who said he was at the NJI to promote the cordial relationship between the institute and EFCC, also noted that his agency had “secured hundreds of forfeiture orders leading to the recoveries of billions of Naira for various state governments and individuals.”

The Executive Chairman of the Economic and Financial Crimes Commission, EFCC, Abdulrasheed Bawa on Thursday, September 23, 2021 disclosed that the Commission has so far recorded 978 convictions in 2021.

He made this disclosure during a courtesy visit to the Administrator of the National Judicial Institute, Justice Salisu Garba Abdullahi at Jabi, Abuja.

Bawa, who said he was visiting to promote the cordial relationship between the NJI and the Commission, noted that, “the NJI has been with us in our capacity building for judges, justices, investigators and prosecutors in the areas that we feel we need to develop ourselves for the betterment of administration of criminal justice system”.

He expressed delight at the level of support from the judiciary in the fight against corruption.

According to the EFCC boss, the Commission has secured hundreds of forfeiture orders leading to the recoveries of billions of Naira for various state governments and individuals. “At the last count, we have 978 convictions this year, which is a testament to the fact that the judiciary is cooperating with us.”

Highlighting some of the achievements of the Commission, Bawa stated that the EFCC has embraced the use of technology in all its mandate areas and is working on several policy documents that will improve its effectiveness.

Responding, the NJI Administrator, Justice Salisu Garba Abdullahi assured that the Institute will continue to partner with the EFCC in the area of capacity building. “We must complement each other, so that our country can be corrupt-free. The relationship and collaboration which has been consummated by my predecessor will not only be continued under my watch but will be strengthened,” he said.

This post was written by Ezekiel Oyero and was first published at www.premiumtimesng.com
3 killed, 1 injured in Bauchi road crash – FRSC