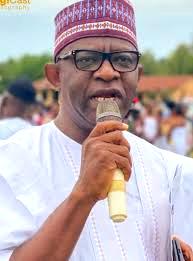 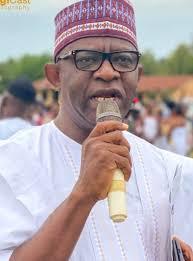 Similarly, the former federal lawmaker has commenced the rehabilitation of several motorised solar power boreholes vandalized and broken down in Odo-ere and Egbe, said the intention is to provide potable water for the people.

Karimi who represented Yagba Federal Constituency between 2011 to 2019 said, “We don’t have to always wait for the government before reaching out to our people from what God has done for us; that’s why I always find means of reaching out to my people.”

Karimi promised to continue to initiate projects that will touch the lives of his people.

“God has blessed me just to be able to bless others by touching and reaching to those in need always.

“I will keep doing more for our people as long as live on Earth,” he promised.

A road user, Idris Oladele, said the roads has been a major challenge for road users and market women in the community but thank God for the former lawmaker who has found it necessary to put the road back to good shape and so many other roads in Egbeland.

Also speaking, Kemi Oselu, a native of Odo-ere, eulogised the former Lawmaker for the rehabilitation of boreholes in the area, adding that “it has brought succour to women who are daily knocked down by vehicles while in search of water”.

This post was written by Victor Ogunyinka and was first published at www.vanguardngr.com
Incorporating Brand Promises into Marketing Mix