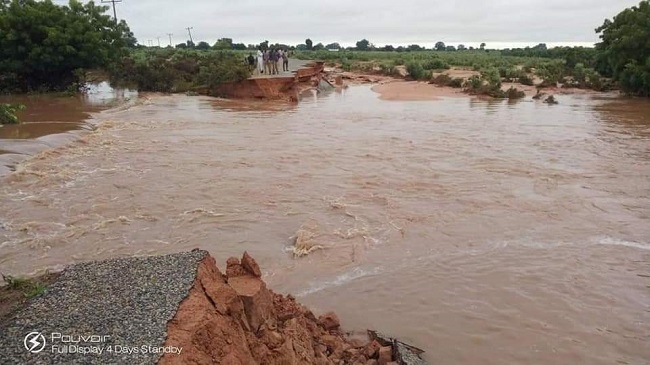 The National Emergency Management Agency (NEMA) has distributed agricultural inputs on behalf of the federal government to no fewer than 2,463 farmers in Ogun State, as a result of flood disaster in 2020.

This was disclosed on Tuesday by the Director-General of the Agency, Mr Mustapha Ahmed, at the flag-off distribution of the items which include pesticides, herbicides, yam seeds, growth enhancer, water pump among others which held in Abeokuta, the state capital.

Mustapha said the exercise was in fulfilment of FG commitment to assist farmers who were victims of the disaster.

Ahmed pointed out that Ogun was chosen as the pilot state in the South-West due to its strides in agriculture and other sectors of the economy.

He noted that the development would transform the beneficiaries’ production into sustainable business ventures, urging them to make good use of the inputs.

On his part, the State Commissioner for Special Duties and Inter-Governmental Affairs, Barr. Femi Ogunbanwo, said the state government had made concerted efforts to ensure that victims of any disaster receive prompt attention, assuring that they would sustain the cordial relationship existing between the government and NEMA.

Ogunbanwo stated that all forms of agricultural engagements would be strengthened, urging the beneficiaries to maximally utilise the inputs, so as to improve food sufficiency in the State and the nation as a whole.

Earlier in his address, the Director, Ogun State Emergency Management Agency, Mr Olufolarin Ige, assured that the relief packages would get to the appropriate quarters, particularly victims at the grassroots.

This post was written by Olayinka Olukoya | Abeokuta and was first published at tribuneonlineng.com
Strike warning: JOHESU agrees to reconcile with government