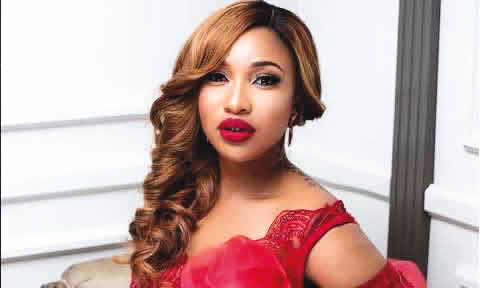 As the break-up between Nollywood actress, Tonto Dike, and her ex-lover, Prince Kpokpogri Joseph, gets messier, a lady simply known as Merit Gold, via her Instagram account, Therealmeritgold, has apologised to the actress for defaming her character.

Acknowledging Gold’s apology, the actress screen-munched her post and reposted it on her verified Instagram account with the caption, “MERIT, I am not pissed at you. I am not even mad at you. I just thank you and Gistlover for this revelation. Continue being the woman you want to be. I FORGIVE YOU AND I BEG THE WORLD TO PLEASE FORGIVE THIS LADY TOO… GOD BLESS YOU!! Thanks.” (sic).

Part of Gold’s apology reads, “Now, I realise my mistake and I’m deeply sorry everyone. Please, I was used by Prince Kpokpogri because he told me he’s done with King Tonto. What he wants from her was just to make himself famous and of which he has achieved. But my heart keeps beating me against what I did to my role model.

“Please, you all should kindly forgive me and also help me beg King Tonto to forgive me; and to Prince Kpokpogri, see, you can’t eat your cake and have it.”

Weeks ago, the actress petitioned the Commissioner of Police of the Federal Capital Territory to investigate her former lover for allegedly blackmailing her.

Due to this, it was reported that Kpokpogri was picked up by the personnel of the Department of State Services.

The petition, which was widely circulated on social media, was titled, ‘Blackmail, extortion and obtaining by false pretences against a certain Prince Kpokpogri Joseph’.

The actress claimed in the petition that her ex-boyfriend is a serial blackmailer who intended to leak her nude pictures online. She further claimed that her former lover borrowed N8m from her but only refunded N6m.

In a swift response, Kpokpogri took to his Instagram page to do a live video informing his friends and fans that he was not arrested by personnel of the DSS.

Meanwhile, earlier today, the Nollywood actress told her ex-lover to stop running and face the consequences of his actions.

She said this as she shared a video showing some leaked voice notes between her ex-lover and another woman.

Responding to Dikeh’s post, Prince Kpokpogri alleged that the actress is a chronic smoker and heavy drinker, which led to their break-up.

He said, “I’m ready to foot the NDLEA cost to carry out a test on you if you never abused hard smoking and heavy drinking; and if found to be false, I will waive my right to trial for one year. This was what broke us up and not an aftermath voice note.”

This post was written by Ademola Olonilua and was first published at punchng.com
President Buhari, others on isolation after UK trip