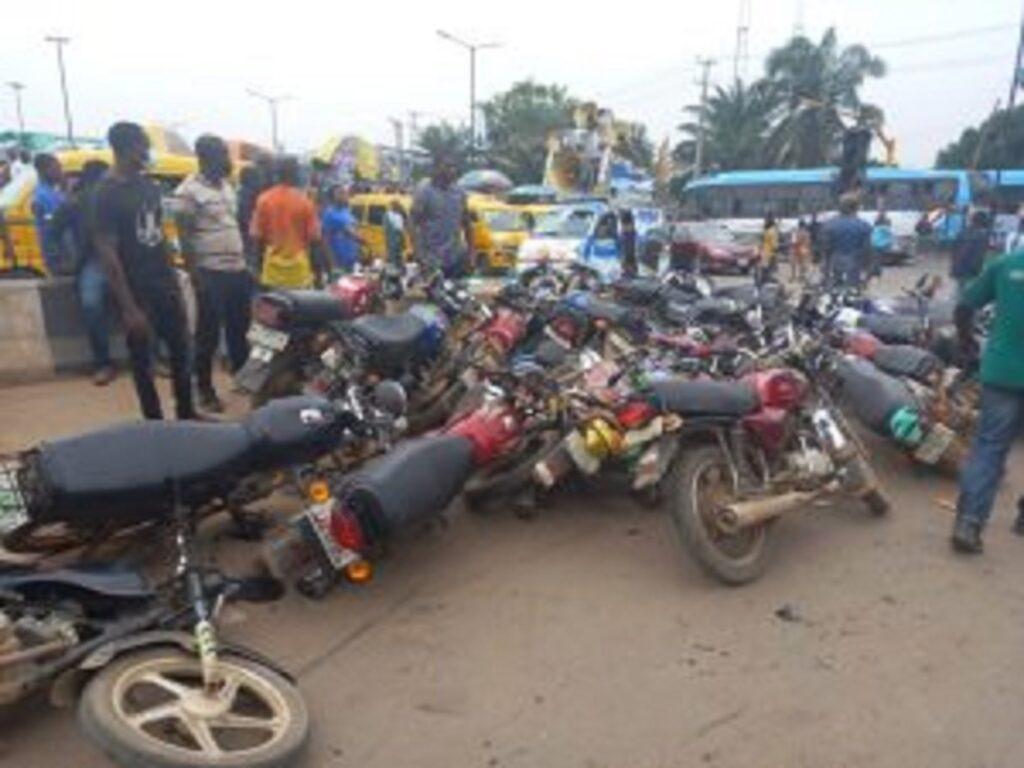 The Lagos State Environmental and Special Offences Unit (Taskforce) said it impounded 410 motorcycles plying prohibited routes in the state within one week.

The Chairman of the task force, CSP Shola Jejeloye, confirmed the arrest in a statement issued by the Head of the Public Affairs Unit of the agency, Mr Femi Moliki, on Thursday.

JeJeloye said that the agency resolved not to rest on its oars until the penchant for disregard of traffic rules and regulations by motorcyclists reduced drastically in the metropolis.

He said that 300 motorcycles were impounded on prohibited routes from Sept. 13 to Sept. 17, while 110 were seized on Wednesday.

The chairman said that officials of the agency carried out the enforcement at Isolo, Ojodu–Berger, Ojota, Lagos Island. Surulere and second rainbow.

JeJeloye said that the continuous violation of traffic rules by motorcyclists in Lagos was worrisome.

He urged Lagos residents to desist from patronising motorcyclists plying highways, maintaining that “it’s better to be safe than sorry”.

The chairman said that the traffic laws were made in the best interest of the general public.

This post was written by Rasheed Sobowale and was first published at www.vanguardngr.com
Breaking: Policemen, thugs, forcefully eject Ikeja residents