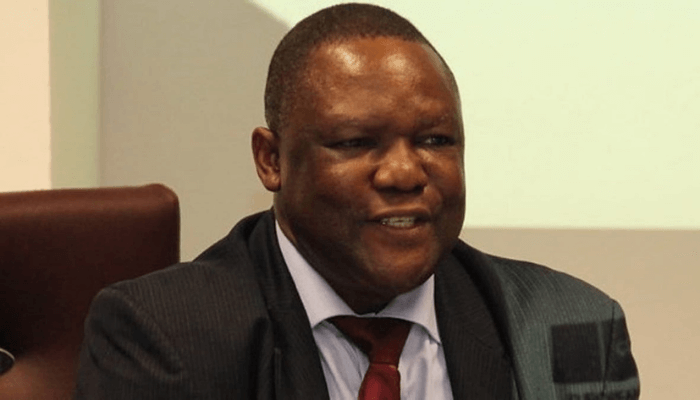 “Please, pray for me. I have reasons to believe that my life is in danger and that some powerful political forces want to silence me forever for speaking the truth.For speaking on behalf of the holy martyrs of thousands of innocent children, women, elderly and youths that have been killed in our beloved country. It is only in our benighted country that a man who speaks from his conscience can be hounded like a common criminal.” -Dr. Obadiah Mailafia (now of blessed memory) wrote on September 11, 2020.

In life, he was definitely one of the few bearers of the unquenchable torch of timeless Truth. And he must have seen death coming, for having the audacity to speak that same bitter Truth to power. More so, in this long, dark tunnel of quasi-democracy garbed in the bloody garment of daring despotism. So, it was only a matter of time for the haters of Truth to undo him, characteristically in nebulous circumstances.Talk about the ominous hoot of the owl at midnight and the sudden death of the naked baby the next dawn!

But as yours truly has insisted, “Truth is eternal while lies are short-distance runners”. Or, to put it in the warm words of the legendary King of Pop, Michael Jackson, “Lies run sprints, but the truth runs marathons ‘.

In fact, Mailafia’s painful death therefore, reminds one of that of Socrates, the iconic Greek philosopher. When the political climate of Greece turned against him, after being convicted of corrupting the youth of Athens and introducing strange gods, he was sentenced to death by hemlock poisoning in 399 B.C. and he accepted this judgment rather than run away from imminent death. But why, you may ask?

The answer lies in the inimitable fact that even the killers will someday die, sooner or later. Even as the patriots are outraged, as members of the Middle Belt Forum (MBF) agonise and that of the Christian Association of Nigeria (CAN) are incensed by Mailafia’s crude death they cannot but remember the admonition of the Biblical Isaiah. And that is the direction where the pendulum of the final judgment will eventually swing. It states that: “Woe to those who call evil good and good evil,/who put darkness for light and light for darkness, /who put bitter for sweet and sweet for bitter”!/-Isaiah 5vs 20 (Holy Bible-English Standard Version).

It is pertinent at this juncture to take a closer look at the statements made by the Mailafia that must have touched the rawnerves of those whohunted him down ‘’like a common criminal’’. His was a loud and critical voice against the President Muhammadu-led administration with regards tonepotistic policy issues and the ever-escalating insecurity challenge.

On the latter issue, Mailafia revealed during the lockdown in 2020, that the bandits who were imported from some neighbouring countries with the aim to win the 2015 general elections but have refused to leave, were moving and distributing arms and ammunition across the country. He also suspected a Fulanisation agenda and said so. He claimed last year, while appearing on a radio programme with Nigeria Info Abuja 95.1FM, that some pardoned terrorists revealed that a serving northern governor was a Boko Haram leader!

Read also: Only the truth can set Nigeria free!

For this he was invited for questioning by the State Security Service based on the allegation. Though he later retracted the claim, saying he had no evidence to back it up, it was not enough to let him off the hook. On the worrisome economic matters, specifically the free fall of the ever-weakening Naira healluded to the existence of a certain ‘Jigawa cabal’ that was enriching itself by frustrating the CBN’s effort to sustain the value of the Naira vis- a-vis the American dollar.

Said he: “Dear comrades, beloved brethren, I have once again (for the 3rd time) been ordered to appear before the DSS at their Jos headquarters this Monday 14th September at 11:00am. This is in addition to our battle in court as my lawyer appears before a Jos High Court today, seeking a restraining order against the DIG Criminal Investigations Department, who are also pursuing me”.

His ordeal also reminds us of that of Galileo Galilei, the physicist and astronomer. For instance, on April 12, 1633, chief inquisitor Father Vincenzo Maculani da Firenzuola, appointed by Pope Urban VIII, began the inquisition of Galileo for holding the belief that the Earth revolves around the sun, which was deemed heretical by the Catholic Church.

At a point there was a public edict prohibiting his ‘’Book of Dialogues’’. He even agreed not to teach the heresy anymore and spent the rest of his life under house arrest. In fact it took more than 300 years for the Church to admit the Truth- that Galileo was right after all and to clear his name of heresy!

History will therefore, definitely remember Mailafia for standing strong on the side of the Truth against the personalization of political power in a democratic dispensation. Like Martin Luther king Jnr. stood stoutly against the monster of racism in the United States; like Nelson Mandela the avatar and even Steve Bikowho made the supreme sacrifice against the iniquity of the apartheid regime in South Africa so will he be remembered.

Indeed, Nigerians should realize that power belongs to them.As Alice Walker stated:“The most common way people give up their power is by thinking they don’t have any.”

Sad to state that several of us, out of festering fear and the love for the self instead of the state are culpable in this regard. Didn’t Nelson Mandela remind us that: “As long as poverty, injustice and gross inequality persist in our world, none of us can truly rest”? Yes, he did!

As the brightest and the best amongst us either relocate to greener pastures to enrich other climes, or are wasted in their prime here, we have lost a rare gem in Obadiah Mailafia. I saw in the development economist,the international polymath, statesman,former official of the African Development Bank Group and one-time Deputy Governor of the CBN not a Southern Kaduna indigene or a Northerner but the Nigeria of our dearest dream.

As patriots still honour the great Afrobeat king, Fela Anikulapo-Kuti and the irrepressible lawyer, Barrister Gani Fawenhimi for fighting against the rampaging carnivore of military despotism here in Nigeria, we could consider honouring him with the Mailafia Institute for Good Governance (MIGG).

Even as one supports the call by the former presidential aide, Reno Omokri, for an investigation into the death of Mr. Mailafia which he described as“fishy”let it follow due process, devoid of violence. Recall one of Mailafia’s statements that: “I’m a believer in nonviolence. Please, no-one should throw even a little stone on my behalf”.

His death will in no way intimidate the patriots against all forms of injustice. Rather, it would embolden them, as rightly stated in Matthew 10 verse 28: “Don’t be afraid of those who want to kill your body; they cannot touch your soul. Fear only God, who can destroy both soul and body in hell. “Truth, crushed to earth shall rise again.’’ May his patriotic soul rest in perfect peace.

This post was written by Ayo Oyoze Baje and was first published at businessday.ng
Rising insecurity shuts millions of Nigerians from telecom services