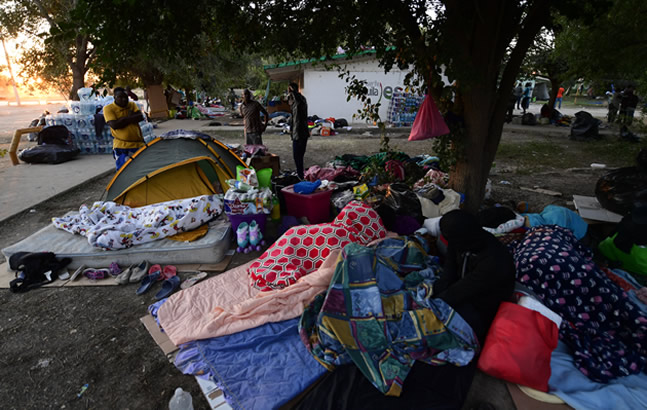 The US special envoy to Haiti resigned on Thursday two months after his appointment, denouncing the Biden administration’s deportation of Haitian migrants from the US-Mexico border back to their home country.

“I will not be associated with the United States inhumane, counterproductive decision to deport thousands of Haitian refugees and illegal immigrants to Haiti,” State Department Special envoy Daniel Foote said in a scathing letter of resignation.

In the letter to US Secretary of state Antony Blinken, Foote described Haiti as a place where US diplomats “are confined to secure compounds because of the danger posed by armed gangs in control of daily life.”

“More refugees will fuel further desperation and crime,” he wrote.

The resignation came after the administration of President Joe Biden began last weekend loading Haitian migrants who crossed into the country from Mexico onto aircraft and flying them back to Haiti.

Many of the thousands who crossed the border actually travelled from South America, where some said they fled to years ago from the grinding poverty of Haiti.

This post was written by Agency Report and was first published at punchng.com
Niger school children being fed with expired rice, investigation reveals