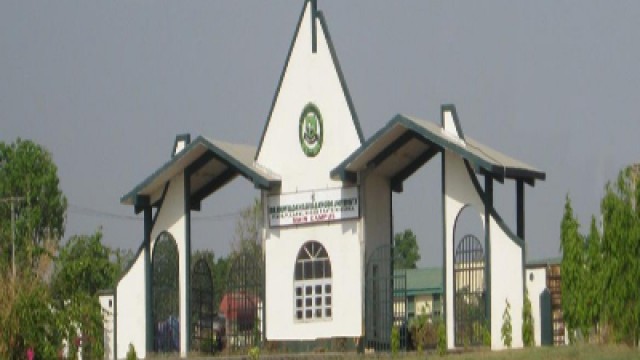 The Speaker of the House, Abdullahi Bawa, gave the directive during an interface with the management and Students Union Government (SUG) of the university in Minna on Thursday.

The house directed the Secretary to the State Government, Ahmed Matane, and the University Governing Council to make announcement on Friday, on the downward review of the school fees.

“We have listened and look at the issues from both sides and we have decided that IBB university must continue to survive as an institution.

“Given the peculiarity of the state, we must also look at the issues raised by the students, we know the country is facing financial crisis and parents should not be overburden in order to make the institution survive,” he said.

Mr Bawa directed the management of the institution to rectify issues of students who had already paid their fees before the downward review , especially final year students.

The speaker said the government had done a lot in the areas of provision of infrastructure, accreditation and other social amenities in the institution and called on both parties to imbibe the spirit of sacrifice.

According to him, the students of the institution must also understand that government alone cannot fund education 100 per cent.

Responding, Sumayyah Mohammed, Vice President, Students Government Union of IBBUL, appreciated the intervention of the lawmakers in ensuring that the issue was resolved amicably.

She expressed satisfaction with the outcome of the meeting and urged the state government and the management of the university to keep to the resolution of the meeting.

This post was written by Agency Report and was first published at www.premiumtimesng.com
‘Igbos in charge of Nigeria’s economy’ – Buhari