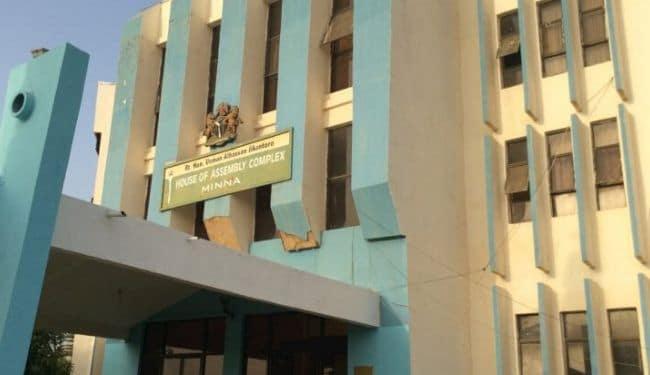 Some members of the Niger State House of Assembly, have joined aggrieved students of the state government’s university, Ibrahim Badamasi Babangida, who protested over recent hike in school fees.

The assembly’s Minority Leader and Member Representing Agwara Constituency, Bello Agwara, explained that he decided to join the students in solidarity, being a post-graduate student of the institution.

Bello Agwara, enjoined the State Assembly to summon the school’s management, the Student Union Government and the State Government to a round table discussion, as part of measures to resolve the development amicably.

The Member Representing Agwara, further stressed that the State Assembly is in a better position to intervene on the matter.

Ishaq Madaki and Abdul-Salam Abdul-Ganiyu who are leaders of the National Association of Niger State Students NANISS urged the Assembly to ensure that the fees are reduced so that they can be within the reach of the children of the common man.

Addressing the aggrieved Students on behalf of the Speaker, Abdullahi Bawa, the Deputy Speaker, Ndagi Baba, called on the students to conduct themselves maturely.

Jibrin Baba assured that as representatives of the people, the Assembly Members will look at the issues critically, to address them with relevant stakeholders.

The state government had earlier reduced the fees, as it asked returning indigenes to pay fifty thousand Naira, instead of over sixty-seven thousand.

New indigenous students are to pay over ninety-five thousand, instead of about one hundred and thirty thousand Naira, proposed by the management of the institution.

For the returning non-indigenous students, they are to pay one hundred thousand Naira, instead of one hundred and seventeen thousand.

For the new non-indigenous students, they are to pay one hundred and seventy thousand, as against the proposed two hundred and one Naira by the management of the university.

This post was written by Abisoye Adeyiga and was first published at ait.live
Rising Insecurity: Clerics call on Christians to seek the face of God