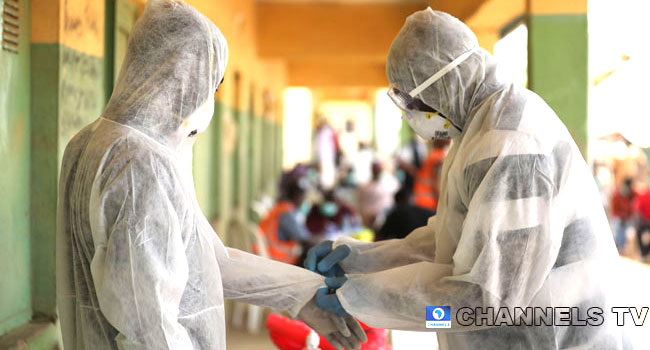 The Nigeria Centre for Disease Control (NCDC) confirmed this in its latest update on the outbreak of the disease in the country.

In an early-morning post on its verified Facebook page on Thursday, the agency stated that the new fatalities raised the death toll from the disease in the 36 states and the Federal Capital Territory to 2,666.

Similarly, the NCDC said 377 new cases of COVID-19 were confirmed from 15 states and the nation’s capital.

Of the new infections, Lagos reported the highest figure – 70, while the FCT and Kaduna had 67 and 38 more cases respectively.

Of the confirmed cases, 191,601 infected people have recovered from the disease while 8,806 cases are active as Nigeria battles the third wave of the pandemic.

Meanwhile, authorities have continued to stress the need for people to comply with the measures in place to curb the spread of the disease as they reactivate the initially relaxed protocols.

These include the mandatory use of face masks in public places, maintaining social distancing, and restriction of crowds in places of worship and social gatherings, among others.

See the breakdown of cases according to states below:

This post was written by Akinola Ajibola and was first published at www.channelstv.com
Alaro City emerges ‘Best Industrial Development’ of 2021