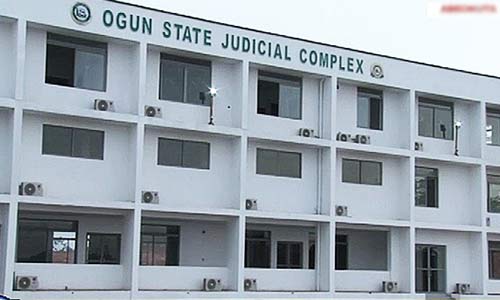 Judicial workers under the auspices of the Judiciary Staff Union of Nigeria (JUSUN) Ogun State Chapter have suspended their over one-month-old industrial action.

The group embarked on the strike over the alleged reduction of their basic salaries.

Emerging from a meeting of the union with government officials in Abeokuta on Wednesday, Tajudeen Edun, the state chairman of JUSUN directed their members to return to their duty posts. Those in attendance at the meeting include Tokunbo Talabi, the secretary to the state government, and Selimot Ottun, the head of service.

“I want to say that the industrial action that commenced on the 11 of August 2021, is now suspended. I want to call on all judiciary workers in Ogun State to prepare themselves to resume fully,” Mr Edun told journalists after the meeting.

“There were series of meetings before the issue was finally resolved today. There was an agitation from the cut of our salary. We have reached an agreement with the government to resume work after striking for about two months. The State government has accepted our demands and we also agreed to what government asked from us”.

When asked for the details of the meeting and if the strike was suspended or called off, Mr Edun said that “Yes, we have suspended the strike. There is an agreement between us and the government. We have mandated our members of staff to resume fully on Monday.

“We agreed on some areas that there are issues between us. We were asking that reductions from our basic salary be restored, and they have restored it,” he added.

The judiciary workers in the state had downed their tools since 11 August over alleged short-payment of their salaries by the state government.

According to the workers, there had been a shortage in their salaries since October last year.

“It’s been a long time that we have been on the issue and there were series of meetings, that is why we asked all members of the judiciary staff to sit at home until our request is granted,” Mr Edun had said in an earlier interview.

This post was written by Ezekiel Oyero and was first published at www.premiumtimesng.com
Guinea: Africa is still wedded to coups, By Owei Lakemfa