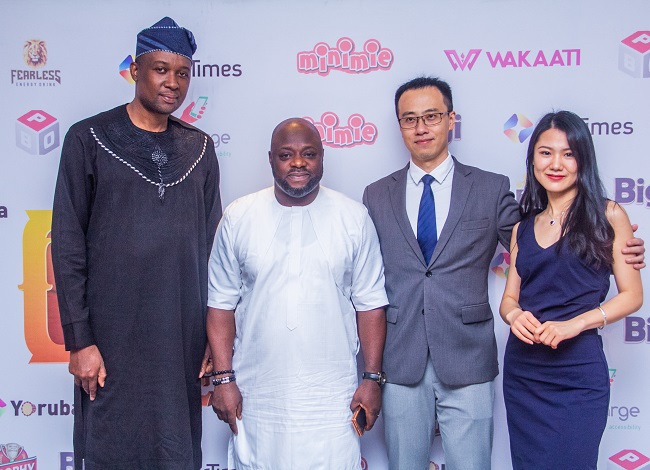 Okirika, that rowdy yet dramatic and sometimes hilarious market for used wears, will be churned into a comedy series produced by Muka Ray and sponsored by the entertainment platform, StarTimes.

With a prominent cast lined up for the comedy series, drawn from social media comedians and mainstream actors, the storyline is written to tickle the laughter sensory of viewers while passing a moral message.

The new comedy series will debut soon on ST Nollywood Plus, ST Yoruba, PBO and Wakaati TV, all channels exclusive to StarTimes.

Recently, the pay-TV provider partnered with Femi Adebayo, the producer of ‘Ile Alayo’, to adapt his blockbuster movie into a comedy series.

“Being one of the happiest people on earth, Nigerians have an enviable knack to indulge in what makes them happy. Cinema figures have shown that comedy attracts huge patronage. And comedy skits on social media are widely viewed. We are quite aware of what Nigerians are passionate about. Okirika will surely wow their fantasies,” Muka Ray, producer of Okirika said.

Speaking at the event, the project coordinator for Okirika and Nollywood actress Iyabo Ojo said, “even though we are going to be entertaining you, taking out the stress, making you laugh and catching fun, Okirika will also be educative.”

“With Okirika series, StarTimes is demonstrating its commitment to satisfying the growing demands of viewers for local content. I was attracted to the Okirika story the first time I read the pitch.

“People have every reason why they buy luxurious stuff but might have all kinds of reasons why they choose to buy Okirika. The story about Okirika is very interesting and it’s what everyone should look out for,” Viki Liu, Content Director, StarTimes Nigeria said.

Alex Jian, CEO, StarTimes Nigeria, promises more investment in Nollywood. “In July, I promised that Ile Alayo is just our first step, and StarTimes is going to invest more in local content. Today, we are reuniting for our second project this year. We are still on the journey, welcoming new partnerships, investing in fresh ideas, providing a stage for young talents.

“NTA-StarTimes is the TV platform with the widest signal coverage in this country. In Nigeria, we have 67 stations located in 36 states, covering over 90% of Nigeria land and population. In many remote areas where signals of other platforms are hardly accessible, people could still watch StarTimes.

“Therefore, we always feel the responsibility on our shoulders, which fuels the original motivation behind all our efforts: to ensure that StarTimes is bringing the best home entertainment to the vast majority of Nigerian audience, and at the same time, to create maximum value for the industry, business partners and clients.

“And StarTimes is an open platform. It’s not only ours but also yours. So long as your passion is in line with our mission, StarTimes could be your own platform to try out all kinds of crazy ideas. Together, we could achieve more, achieve higher,” Alex said.

This post was written by Rotimi Ige and was first published at tribuneonlineng.com
Umahi denies FFK’s role in his defection, says claim is insulting