Over 6000 delegates for PDP convention as Wike, Emmanuel chair sub-committees

Over 6000 delegates for PDP convention as Wike, Emmanuel chair sub-committees 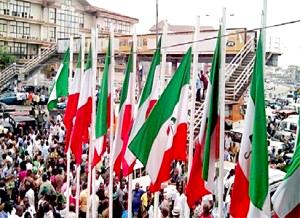 Over 6,000 delegates will converge in Abuja to elect a new National Working Committee, NWC in October this year, Governor of Ahmadu Fintiri of Adamawa state disclosed this in Abuja yesterday.

“We are expecting over 6, 000 delegates by our new constitution and we are fully prepared for that. We’re expecting everybody in every ward that is a delegate to attend the convention.”

According to him, the leadership tussle in the party has largely been addressed even as he came short of saying the PDP has moved on from the crisis.

He said, “We are moving on. I am the chairman of the convention committee and you can see that we are doing our work. Everybody is happy and participating. I don’t see any crisis in this party.”

Man docked for engaging herbalist to accuse woman of stealing

On which provision of the party’s constitution is likely to be amended, Fintiri stressed the importance of allowing the committee to complete its job, saying, “I don’t want to pre-empt anybody’s job. The work is segmented into sub-committees. The constitution committee is working, and I will wait for the report to be submitted before I make any comment on it,” he added.

Meanwhile, the PDP has appointed Governors Wike, Emmanuel and Darius as chairmen of Special Duties, Constitutional Amendment and Contact and Mobilisation sub-committees respectively.

The party’s national elective convention is slated for October 30/31 this year in Abuja.

This post was written by Bankole and was first published at www.vanguardngr.com
Drug War: NDLEA takes campaign against drug abuse to Abuja IDPs’ camp