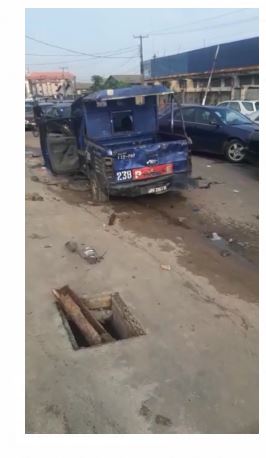 Unconfirmed reports say there was a fracas between Policemen and Okada riders at Ajao Estate area of Lagos State earlier today.

The Fracas according to eyewitnesses was as a result of an attempt by the Police team to arrest some of the Okada riders.

The fracas according to residents led to the destruction of a police van.

The Police Public Relations Officer in Lagos State, Adekunle Ajisebutu, confirmed the incident but promised to give more details later.

Some reports however say both sides sustained fatalities in the fracas which took place earlier in the day but that cannot be confirmed at this time.

We will bring you details of this event as they unfold.

This post was written by TVCN and was first published at www.tvcnews.tv
Global Business Report