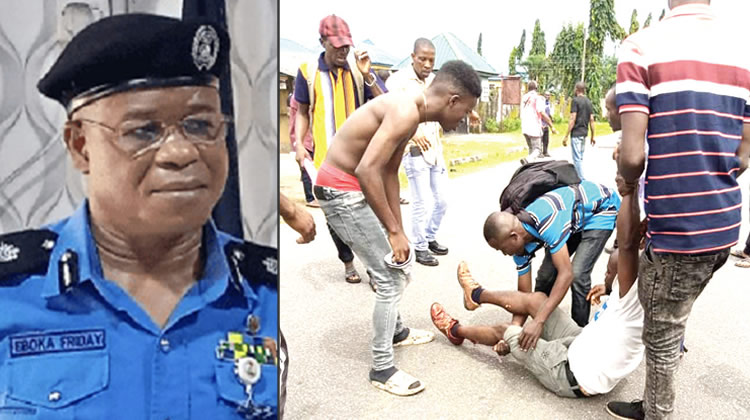 The lingering dispute between a construction company, Julius Berger, and some of its Rivers State workers took a tragic turn on Monday when a policeman allegedly opened fire on the protesting workers, leaving one dead and four others injured.

The workers, while demanding justice for the victim, identified as Samuel Ajayi, claimed that the killer cop was attached to the Bori Police Division of the state police command.

The protesters, who met with the Chairman of the Gokana Local Government Area of the state on Tuesday, said the late Ajayi was among persons shot when they went to the council secretariat on a peaceful protest over the ill-treatment meted out to them by the construction company.

One of the workers, Moses Oniron, said, “After they (policemen) stopped us from gaining access to the company’s premises yesterday (Monday), we thought it necessary to go to the council secretariat to lodge our complaint.

“In the process of going to the council, the policemen followed us. On getting to the secretariat, the chairman was not in the office, but we were received by his secretary, who addressed us and we left.

“At the point of going out of the council premises, we were attacked by these policemen and the Chief Security Officer of Julius Berger.

“The Divisional Police Officer of Bori Police Station shot at us and injured about five persons.

A cousin of the deceased, Dominic Adeyemi, said his family was in deep pain.

Adeyemi noted that the late Ajayi had five children, adding that he was the breadwinner of the family and had many people that he catered for.

“Yesterday, I did not see any of them (Julius Berger and police). On top of it, I was manhandled. They tried to dispossess me of the documents I used to deposit his corpse in a mortuary,” he added.

The Chairman of Gokana LGA, Confidence Deekor, called on the state police command to carry out a proper investigation into the matter.

He promised to meet the management of Julius Berger and the workers in order to resolve the crisis.

“Maybe shooting from somewhere hit someone because there are cult activities in that area.

“So if bullets from cultists hit someone, then because I am popular in the whole of Ogoni land for bringing peace there, some people want to use this opportunity to spoil my good name? This is what you press people should also try to investigate,” the DPO added.

The state Police Public Relations Officer, Nnamdi Omoni, neither answered calls put across to his phone nor replied to a text message sent to him as of the time of filing this report.

An official of the company, who did not want his name in print, said Julius Berger placed premium on the safety of its workers, describing the incident as unfortunate.

All rights reserved. This material, and other digital content on this website, may not be reproduced, published, broadcast, rewritten or redistributed in whole or in part without prior express written permission from PUNCH.

This post was written by Dennis Naku and was first published at punchng.com
NCC Shuts Down All Telecom Sites In Zamfara