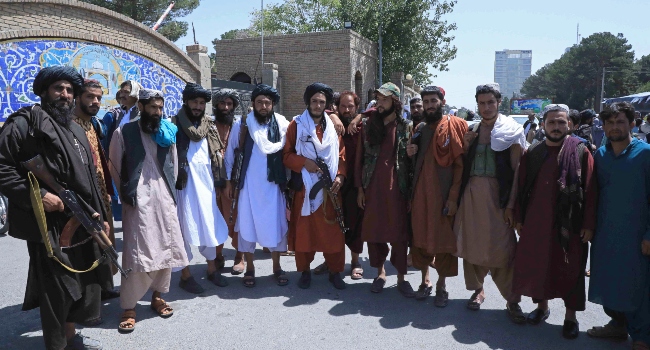 The international community faces a growing dilemma over whether to recognise the Taliban as the rulers of Afghanistan, weighing distaste on the vision of the Islamist group with the need for stability.

Since the August 15 takeover of Kabul by the Taliban, which dislodged the pro-Western government, world powers have opened up channels of communication with the group but made clear this does not mean recognition.

The Taliban themselves have begun to indicate impatience on the issue of recognition, which would allow its officials to represent the country in international organisations, funds to be unblocked for the cash-starved economy.

The debate burst into the open at the UN General Assembly where the Taliban have asked to speak on behalf of Afghanistan, but the ambassador of the former ousted government claims to represent his country.

“At some point, the Taliban will have to make a choice between money and normalisation, or absolute isolation,” added a European diplomat, who asked not to be named.

Even countries far less troubled than the West by the ousting of the former government, or even supportive of the Taliban, have been in no rush to recognise Kabul’s new rulers.

Pakistan’s Foreign Minister Shah Mahmood Qureshi said the Taliban needed to be more sensitive and take account of international opinion, an attitude shared by Qatar, which has long served as a mediator.

Even China, which has expressed a willingness to work with the Taliban and could scent an advantage by being among the first to recognise them, has yet to do so.

Western countries are alarmed that the first weeks of Taliban rule have not augured well for life under a group notorious for its brutal, oppressive rule from 1996 to 2001.

There is particular concern for the rights of women and girls who have not yet been allowed back to school although the Taliban have vowed this will be “as soon as possible”.

But after its “painful defeat” in Afghanistan, the West is in no position to dictate conditions, said Markus Kaim, Senior fellow at the German Institute for International and Security Affairs.

“Western statements about how many levers they have on the Taliban and how effective they are only camouflage their own powerlessness and perpetuate the imperial hubris that has been part of the problem in Afghanistan,” he said.

The West, however, is not without tools to put pressure on Kabul.

Many Afghan bank accounts held abroad have been frozen. And from August 18, the International Monetary Fund suspended disbursements to Afghanistan due to the “lack of clarity within the international community regarding recognition of a government”.

The issue is all the more acute as the country risks humanitarian disaster this winter — the Taliban themselves were surprised at their swift victory and key central functions of the Afghan state have still not been restored.

Amina Khan, director for the centre for Afghanistan, Middle East and Africa at the Institute of Strategic Studies Islamabad, told AFP that the immediate priority for the Taliban was recognition by powers in its part of the world.

“The Taliban are putting their bets more on regional countries, for development, aid and political recognition. They want to work with China, Russia, Iran,” she said.

She added that in contrast to the Taliban’s previous spell in charge in the 1990s, there was now more strategic convergence among neighbours and nearby countries on the issue of recognition.

“The region has an appetite to play a larger role in Afghanistan and engage with the Taliban,” she said.

But she added that the group will have to “deliver on their promises”, notably pledges that Afghanistan will not become a base for forces hostile to neighbouring countries.