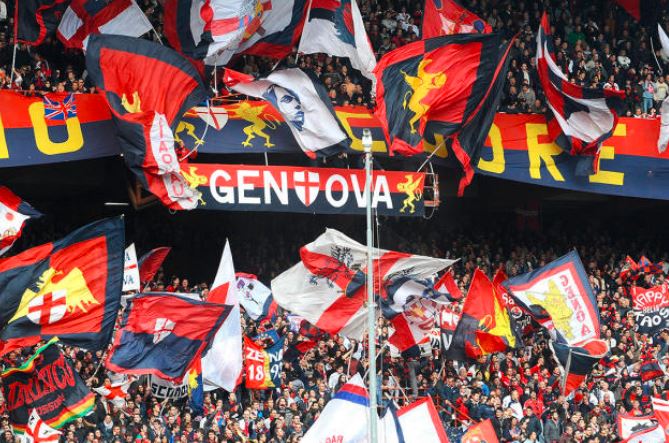 Genoa CFC are now under American ownership after 777 Partners bought 99.9% of the club from former owner Enrico Preziosi. The Miami-based investment company have acquired Italy’s oldest soccer outfit which was formed in 1893 as Genoa Cricket and Football Club.

“The new owner group, which will acquire 99.9% of Genoa’s share capital, will pay new capital into the club and will assume some related liabilities,” read an official statement. “777 Partners will use its expertise in sports, media, and entertainment industries to help further commercialize the club’s operations.

“The previous owner, Enrico Preziosi, will remain on the board of directors, while CEO Alessandro Zarboni will continue to manage the day-to-day operations of the club.”

“The previous owner, Enrico Preziosi, will remain on the board of directors, while CEO Alessandro Zarboni will continue to manage the day-to-day operations of the club.”

“We are deeply honored to become part of a club with a history, heritage and tradition as great as Genoa,” he said. “We understand and respect the responsibility we are inheriting; we want to preserve and protect the proud Rossoblu heritage by aiming for the best possible positions in Serie A.”

Meanwhile, Preziosi recognized that the “time had come” for a change in ownership and expressed his hope that 777 Partners can move the Grifone forward after years of speculation that they could be sold.

No Staff Of ASCETA Died Of Hunger – Provost

“The time has come to pass the hand,” said the Italian. “I had always said I would only leave Genoa to a new strong and reliable owner, and I will leave it in the hands of 777 Partners. I wish them, who will now lead the oldest club in Italy, all the best. I will always remain a Rossoblu fan.”

This post was written by Agency Report and was first published at independent.ng
UNICEF, Media Partner To Advocate For COVID-19 Funding, Vaccine