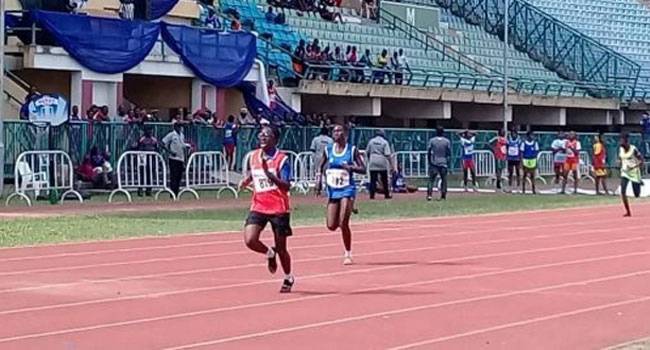 Organisers of the first South West Athletics Secondary Schools Invitational and Relays have announced that the competition will take place between November 11 and 13, 2021 at the Teslim Balogun Stadium in Lagos.

The athletics meeting will be the first in a series of programme of activities released by the governing body for track and field events in the South-West zone affiliated to the Athletics Federation of Nigeria, after which there will be a seminar on doping for elite athletes from the zone and certified coaches.

The South-West Athletics is also planning an inclusive all secondary schools athletics competition that will be done in all the 18 senatorial zones in the six states that make up the zone namely Lagos, Ogun, Oyo, Ondo, Osun and Ekiti.

The competition will have the senators representing all 18 senatorial zones fully involved as part of their constituency projects.

The association has also set up a committee headed by Professor Olatunde Makanju, Chairman of the Osun State Athletics Association to interface with various institutions in Nigeria and abroad with a view to creating scholarship opportunities for talents discovered during its competitions.

An Athletics Academy will also be set up to ensure talents discovered are monitored and nurtured to become elite athletes capable of representing Nigeria at international competitions including the Olympic Games.

Meanwhile, Sprinter, Enoch Adegoke, who returned to Nigeria to the final of the 100m at the Olympics since 1996 and sprint hurdler, Tobiloba Amusan, who made history with her Wanda Diamond League victory in Zurich, were also hailed for being worthy ambassadors of the zone.

This post was written by Rejoice Ewodage and was first published at www.channelstv.com
Nini and Saga get busy under the sheets in BBNaija House