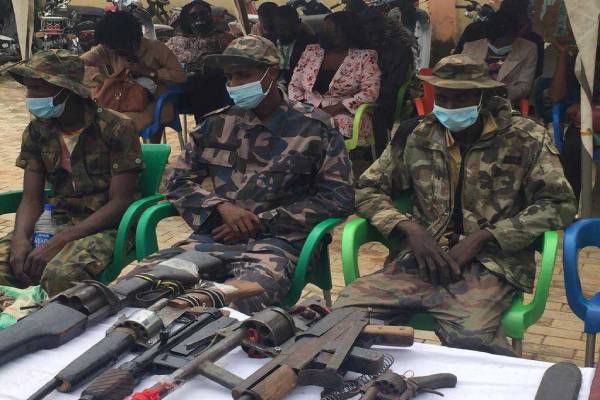 Three kingpins in the kidnap of over one hundred students of Bethel Baptist school, Kaduna have been arrested by the police.The suspects, dressed in military uniform were paraded by Police Spokesman, Frank Mba.

The suspects, who confessed to the crime, revealed that 25 of them abducted the students.

The suspects are Adamu Bello, Isiaku Lawal and Muazu Abubakar.

According to Abubakar, 27, their desperate need for money propelled them to commit the crime.

According to Abubakar, “twenty-five of us carried out the operation. We kidnapped 136 students and I got N100,000 share from the money.”

This post was written by TVCN and was first published at www.tvcnews.tv
Sports Minister Congratulates Nigeria Mixed Relay Team On Historic Win