What to expect as Nigeria pushes for tax on digital transaction

What to expect as Nigeria pushes for tax on digital transaction 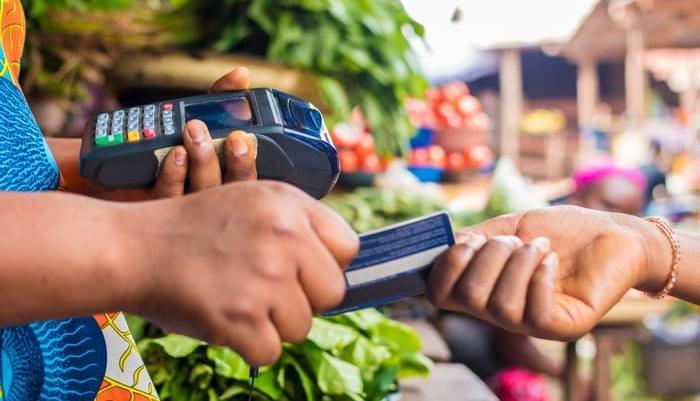 Nigeria’s cash crunch problem is pushing the government to fast-track plans to tax digital transactions carried out across the country.

Essentially, the focus is to increase the national revenue by taxing the close to 300 million electronic transactions the country has recorded so far. Data from the Nigeria Interbank Settlement System (NIBSS) show that electronic payment has grown to N171.99 trillion between January and August 2021, representing an 85.52 percent increase year-on-year from 2020 when it recorded N92.7 trillion.

Boss Mustapha, secretary-general of the Federation (SGF) while speaking at the 17th General Assembly and 10th anniversary of the West Africa Tax Administration Forum (WATAF) in Abuja on Tuesday, said the order came from the President to the Federal Inland Revenue Service (FIRS). The tax authority would need to ensure digital transactions were taxed digitally, and the goal of their efforts was to achieve seamless digital collection and remittance of tax revenue accrued from the digital economy.

Hence, the FIRS needs to, as a matter of urgency, deploy technology to ensure the mandate was achieved.

Taxing digital transactions has been a long pursuit of the government.

In 2019, the country kicked off plans to become a digital economy within a period of 10 years from 2020 to 2030. The plan is partly informed by a boom in digital adoption and the influx of digital services and investors in the country. Nigeria, not only has the largest tech ecosystem in Africa, but companies in the digital space have also repeatedly attracted big investments from foreign investors necessitating the emergence and growth of segments such as ecommerce, fintech, health tech, among many others.

The growth of fintech in the country, in particular, has led to the adoption of different payment channels by many Nigerians. Many fintech companies now boast of millions of transactions recorded weekly and monthly, many of which run in multi-billion naira. The Nigerian government has often expressed the desire to tax revenue from these transactions.

In 2019, Ali Ndume, chairman, Senate Committee on Army, proposed a communication tax bill that would substitute the 7.5 percent increase in Value Added Tax (VAT), which the Federal Government was planning then.

While the communication tax bill awaits action from the Senate, the government earlier this year proposed a tax on airtime recharges. At a World Bank event, Ben Akabueze, director-general, Budget Office of the Federation, said the government last year found that Nigeria was lagging behind most of Africa in implementing the excise tax on the sector.

However, current realities in which it desperately needs to raise additional revenues may make imposing the tax an inevitability.

“Last year, we found that 51 countries in Africa have excise on airtime charges, so we are looking at that as well as an area (to tax),” said Akabueze.

While explaining the tax on digital transactions, the SGF said the mandate was supported by the amendment to the tax laws and empowering the tax authority to deploy technology in tax.

The law that empowers the FIRS to tax digital businesses is the Finance Act of 2020 signed into law by President Muhammadu Buhari in January 2020.

First, the Act provides that telecoms services provided in Nigeria shall be charged with duties of excise at 5 percent rates.

It also introduces a new session 89A, which imposes a levy referred to as the Electronic Money Transfer Levy, on electronic receipts or electronic transfer for money deposited in any deposit money bank or financial institution, on any type of amount, to be accounted for and expressed to be received by the person to whom the transfer or deposit is made.

“The levy shall be imposed as a singular and one-off charge of N50 on electronic receipts or electronic transfers of money in the sum of N10,000 or more,” the Act read.

The Act also empowers the FIRS to deploy any proprietary or third party payment, processing, or other digital platforms to collect and remit taxes due on international transactions in the supply of digital services to and from a person in Nigeria, in the case of transactions carried out through remote, digital, electronic or other such platforms.

The legal hurdle to the collection of the digital transaction tax referred to by the SGF may lie in the definition of what constitutes a transaction. The Finance Act does not use the phrase ‘digital transaction’ rather there are phrases like ‘Electronic Money Transfer Levy’, ‘telecommunication services’, and the tax on ‘international transactions’.

The scope of digital transactions is wider than what is contained in the Finance Act 2020. For example, is the government proposing to impose taxes on money transfers, ecommerce transactions, PoS transactions, etc? These transactions already attract different charges from banks and operators.

“Our definition of what to collect- whether we call it income tax, Digital Service Tax or Value Added Tax, must address the issue of redefining who a taxable person or entity is, to accommodate the fact that digital transactions side-track the ordinary and traditional understanding of jurisdiction,” Mustapha said

Industry operators say they require more clarifications on the tax. However, they expressed concerns that it could amount to multiple charges on consumers and their operations.

An additional tax on digital transactions could also negatively impact the adoption of cashless payments. While the number of transactions through digital channels is on the rise, the country needs to do more to attract more people to use them. For example, while the number of Nigerians with a bank account is just 47.6 million of the 106 million adults in the country representing 45 percent of the population, according to EFiNA 2020 Survey. 36 percent of the population still remain unbanked. This unbanked population can easily swell if those already banked feel dis-incentivised to continue using cashless transactions due to increased cost.

Nigeria is not the only country that is yet to figure out an effective way to tax digital transactions. Kenya has amended its digital tax laws three times since 2019 it was introduced in the Finance Act. South Africa has also been tweaking the digital tax bill and has yet to pass it into law as of 2021. For Nigeria, it goes beyond the FIRS deploying the technology. The tax authority faces a herculean task in defining what constitutes a digital transaction and what is considered reasonable as the rate.

This post was written by Frank Eleanya and was first published at businessday.ng
Proper handling of frozen foods