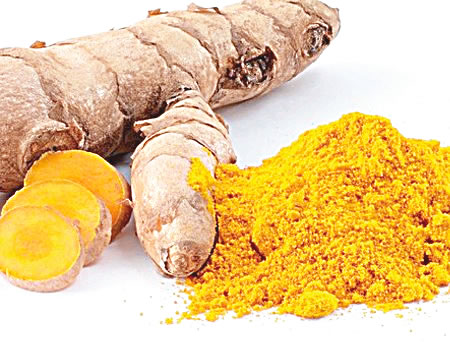 The rains are here, so also is knee pain in older adults with knee osteoarthritis, a leading cause of stiffness, swelling and joint instability, muscle weakness, imbalance, frequent falls and hospitalisation in older adults.

Turmeric is one of the well-known herbs in traditional medicine. Turmeric is scientifically known as curcuma longa. Dried rhizomes of this plant are used for nutritional and medicinal purposes and contain the active ingredient, curcumin.

It was in the journal, BMC Complement Medicine Therapy.

For the study, the subjects were randomly assigned into an intervention and placebo group to apply either curcumin 5 per cent ointment or Vaseline ointment twice daily for six weeks.

To produce 5 per cent curcumin ointment, a pharmacist mixed 95 g of Vaseline and five grams of dried curcumin extract 90 per cent powder.

The severity of knee pain was measured at the beginning of the study, at the end of the fourth and the sixth week.

For the investigation, participants wash the knee and its surrounding area with lukewarm water and dry it with a clean cotton towel. Using a special cup, 1.5 ml of the ointment would be applied on and around the knee.

They, then, wrap around the joint with a clean, non-penetrating cloth to prevent contamination of his/her clothing. They were asked to repeat this for six weeks, twice daily (once in the morning and once at night, before going to bed). Instructions were given to report any tenderness, redness, or itching in the area and to refrain from taking any other topical painkillers on their knees during the study.

Individuals showing a systemic or local allergic reaction to curcumin ointment, discontinuation of the ointment before the end of the intervention, or stopping it for at least three consecutive days were excluded.

Our ordeal at the hands of bandits

In many communities, the knee joint is more vulnerable and the prevalence of osteoarthritis and knee pain is higher due to various factors such as the inclination to sit on the ground, the form of the toilets, less participation in sports activities, standing, cooking and housekeeping and other lifestyle-related factors.

A wide range of pharmacological, surgical and conservative mechanical treatments are being used in the treatment of osteoarthritis. Steroids and nonsteroidal anti-inflammatory drugs (NSAIDs) are among the most commonly used medications in osteoarthritis. However, these drugs have a wide range of side effects and interactions among older adults.

On the other hand, the costs of medications and dissatisfaction with the outcomes of ordinary treatments drive many older adults to self-treatment with herbs and other traditional remedies or to switch physicians.

Curcumin’s therapeutic benefits have also been shown to be beneficial in the treatment of menstrual problems, chest pain, diabetes, Alzheimer’s disease, rheumatoid arthritis, and strengthening of the immune system.

Its application to the skin has also been suggested to have anti-inflammatory and a pain reliever effect in sprain, osteoarthritis and episiotomy wound.

A recent study also reviewed studies of taking curcumin as a supplement to treat osteoarthritis and reported that these supplements provided moderate short-term effects on pain and function in patients with hand, hip, or knee osteoarthritis, although the quality of the evidence was low.

Moreover, only a small study found applying an ointment containing turmeric and some other herbs to the knee and hand arthritis pain was beneficial in improving joint pain and stiffness in 17 patients that used the ointment for 42 days.

This post was written by Sade Oguntola and was first published at tribuneonlineng.com
Shun fraud, bribe, Oyo HOS charges VIOs