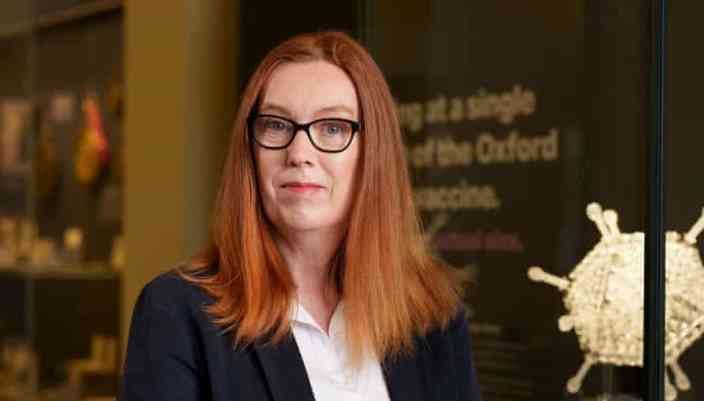 The new coronavirus bringing misery and death is unlikely to mutate into a variant that can evade vaccines because there “aren’t very many places for the virus to go”, the creator of the Oxford jab has said.

“We normally see that viruses become less virulent as they circulate more easily and there is no reason to think we will have a more virulent version of Sars-CoV-2,” she said.

Chris Whitty, the chief medical officer for England, said yesterday all children who had not been vaccinated would end up getting Covid-19 at some point because the virus would continue to circulate as immunity waned.

Gilbert suggested, however, that illness caused by the virus would become ever milder.

She said: “We tend to see slow genetic drift of the virus and there will be gradual immunity developing in the population as there is to all the other seasonal coronaviruses.”

These other coronaviruses are causes of the common cold and Gilbert said: “Eventually Sars-CoV-2 will become one of those.”

She argued that the spike protein targeted by vaccines had only limited ability to mutate while still allowing the virus to get inside human cells.

“If it changes its spike protein so much that it can’t interact with that receptor, then it’s not going to be able to get inside the cell.

So there aren’t very many places for the virus to go to have something that will evade immunity but still be a really infectious virus,” she said.

Professor Sharon Peacock, head of the Covid-19 UK Genomics Consortium, which monitors variants, said: “I think there will be new variants emerging over time and there is still quite a lot of road to travel down with this virus.

This post was written by Our Reporter and was first published at businessday.ng
Coronavirus: New variant Mu, may be vaccine-resistant