AbiaPoly shuts down as Ikpeazu condemns shooting of protesting students

AbiaPoly shuts down as Ikpeazu condemns shooting of protesting students 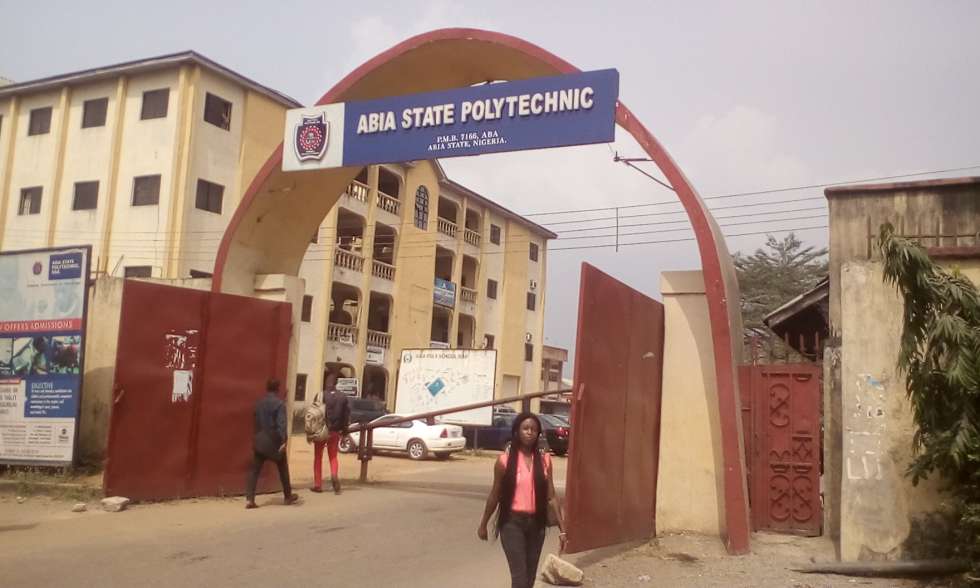 The Management of Abia State Polytechnic Aba, has directed the students to proceed on a one-week temporary break from today 24th day of September, 2021.

The directive came on the heels of security issues on campus arising from the conflicts between the students and men of the Rapid Response Squad attached to Nigeria Police division in Aba.

Recall that men of the Nigeria Police Force attached to the Rapid Response Squad in Aba Division, Abia State, have been accused of raping a female student of the Abia Polytechnic in Aba.

DAILY POST gathered that the alleged incident sparked protests by students of the institution on Friday.

A statement signed by registrar of the Abia Polytechnic Aba, Dr. K. O Osonwa and made available to journalists on Friday, explained that the directive was part of measures to ensure proper investigations is carried out and concluded.

Meanwhile, Governor Okezie Ikpeazu has condemned in a strong terms, the shooting by some police officers on thursday at the Abia State Polytechnic Aba during a protest by students of the institution.

The Abia Governor, in a statement issued by his Chief Press Secretary, Onyebuchi Ememanka on Friday, in Umuahia, advised the students to be disciplined and avoid taking the law into their hands even while protesting, adding that they must at all times, exercise restraint when confronted by police officers who are on lawful duty.

“Under no circumstances must students confront police officers who are engaged in their lawful duties. The Police has a responsibility under the law to ensure that peaceful protests by students are not hijacked by hoodlums whose intentions are different from the those of the students”.

The Abia Chief Executive further regretted that the act of the police officers was excessive, uncalled for and could aggravate an already tensed situation which could lead to collateral damages.

According to Ikpeazu, “Shooting at unarmed students who were protesting the alleged sexual assault of one of them by a police officer is against all known and recognized rules of engagement by law enforcement officers who could have employed other means other than deadly force to disperse the protesting students”.

He warned that while the State Government will not condone the use of excessive force by police officers, any student who, under the guise of a protest, chooses to unlawfully confront an armed police officer must be prepared to face the consequences

Ikpeazu noted that the State Government was already looking into the issues that led to yesterday’s protest which created a huge traffic jam along Aba Owerri Road, while insisting that the use of deadly force by the Police was completely unacceptable to the government and outrightly condemnable.

He, however, urged the State Police Commissioner and the Area Commander in charge of Aba to ensure that the officers who were involved in yesterday’s shooting are identified and disciplined in line with extant police regulations, while further ensuring that such display of disproportionate force doesn’t happen again.

This post was written by Chijindu Emeruwa and was first published at dailypost.ng
Court remands Nigerian who dubiously took 39,366 phones worth $1.2m