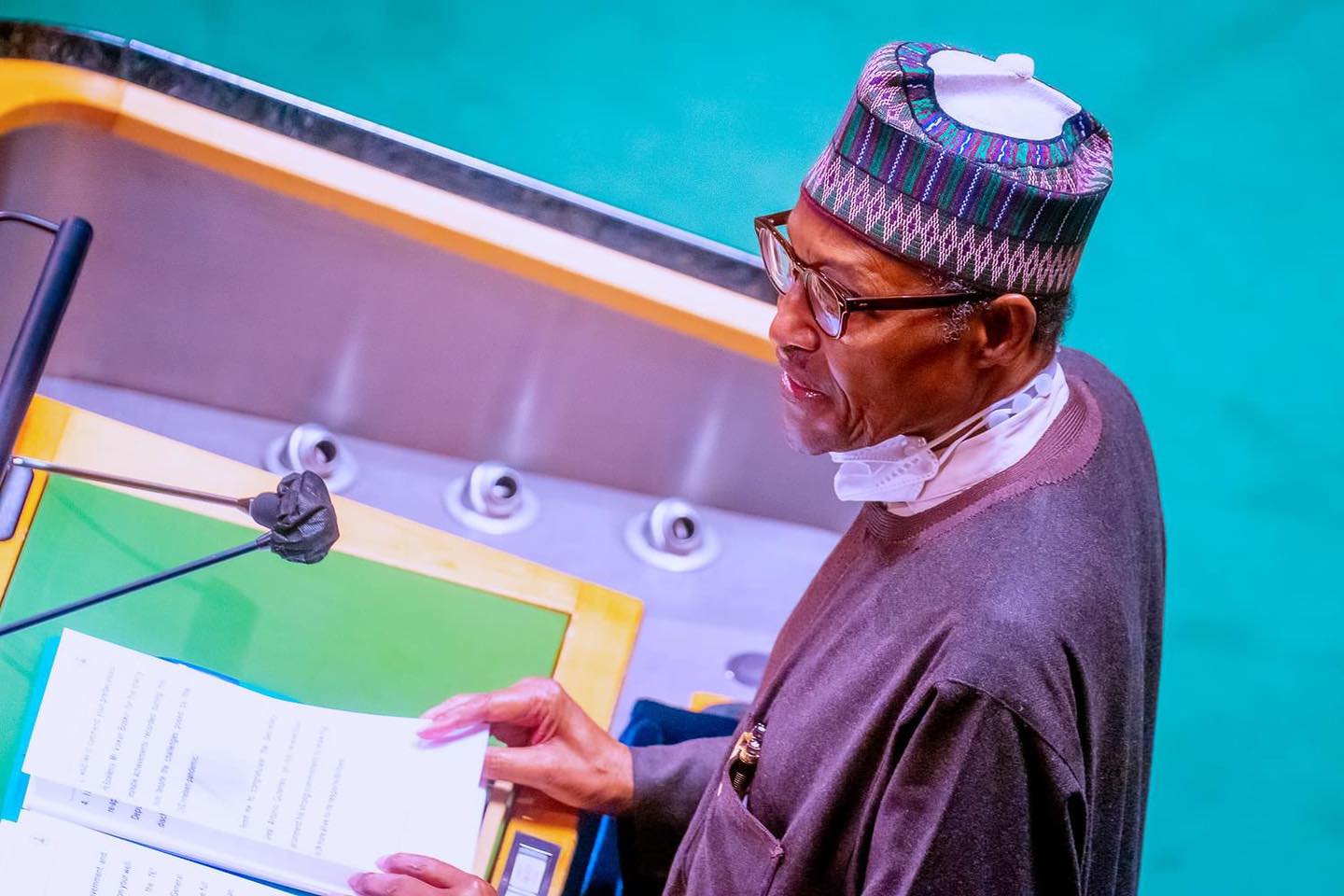 President Muhammadu Buhari has renewed Nigeria’s position on the urgent reforms of the UN Security Council, saying the 15 years intergovernmental negotiations on the issue ‘‘have taken too long.’’

Mr Buhari made the demand in his address at the UN General Assembly on Friday, in New York.

“No reform of the UN system is more urgent than that of the Security Council,” he said.

“Stakeholders around the world are asking how such power could be concentrated, with scant representation.

“The intergovernmental negotiations have taken too long, some 15 years. We must avoid going in cycles,” he said.

According to him, a consensus has been achieved in some of the elements of this reform, especially that of the representation of Africa on the basis of the Elzuwini consensus and the Sirte Declaration.

“It is unreasonable to expect unanimity in this matter. The issue, indeed, is about justice, not unanimity. Without justice, the legitimacy (even efficacy) of our Organisation is called to question.

‘‘We can and must make substantial, irreversible progress on Security Council reform in the current session,” he said.

The Nigerian leader also used the occasion of his speech to address the situation in the Middle East, adding that the issue is about ‘‘the question of justice, fairness, and equity in respect of the Palestinian people.’’

“The situation in the Middle East is long-standing and gives cause for concern. Nigeria encourages Israel and Palestine to re-engage in dialogue based on relevant UN resolutions and Initiatives.

‘‘The two-state solution has the support of the international community and is widely acknowledged as the path to lasting peace,’’ he said.

Mr Buhari reaffirmed Nigeria’s faith in the UN as the pre-eminent body for solving current and emerging challenges, as well as developing norms that are protective of all.

ALSO READ: FOR THE RECORD: Buhari’s speech at the 76th Session of the United Nations General Assembly

He pledged that Nigeria would continue to work with all Member-States for peace and security, development and the protection of human rights.

‘‘In the current moment, hope for these, is dependent on how we assist each other to get Covid-19 out of all countries, regardless of their classification. We can and must do so,’’ he said.

Mr Buhari also paid special tribute to the outgoing German Chancellor Angela Merkel, describing her as ‘‘a great and humane internationalist, and an exemplary practitioner of multilateral cooperation.’’

After years in power, Mrs Merkel is to retire as chancellor after a general election in Germany on Sunday.

This post was written by Agency Report and was first published at www.premiumtimesng.com
Obadiah Mailafia: The grip of fear, By Toyin Falola