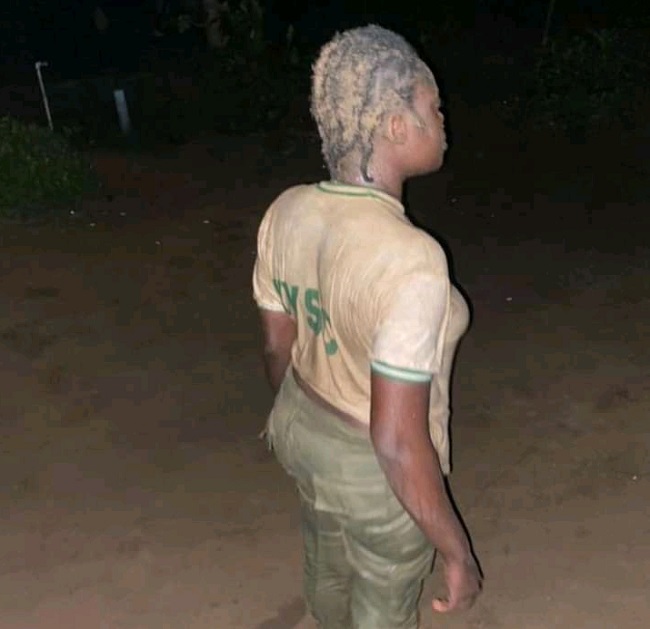 The National President of the Nigeria Women of Journalists (NAWOJ), Ladi Bala has called on the Nigerian Army to effect stringent sanctions on the assaulting officer who made an NYSC member knelt down while she dehumanized her.

Ladi said the action by the commissioned officer was unacceptable, provocative and condemnable in its entirety and demanded that the victim should be duly compensated for the suffering from the dehumanization.

The country had woken up to a viral video, where an NYSC member was subjected to the worst form of dehumanization by a commissioned officer, in Calabar, the Cross River State capital.

Ladi said this in a statement made available to journalists in Abuja.

“It is appalling that the deliberate act of barbaric infringement on the human right of the NYSC Corps member – Ezeiruaku Ifeyinwa Fidelia by a female Army officer did not only negate professional ethics of the Nigerian Army, the act is also disgraceful, unwarranted and an insult on the dignity of womanhood.

“It is disappointing to note that while frantic efforts are being carried out by the government and other critical stakeholders to address the menace of Sexual and gender-based violence, a female officer in this 21st century could engage in such an abusive and violent act.

The President of NAWOJ said “This is unacceptable, ridiculous, provocative and condemnable in every material particular.

“While NAWOJ applauds the quick response of the Nigerian Army in wading in to address the unfortunate development as well as condemned the action of its officer which has helped in dousing tension, it is pertinent to call on the military high command to ensure that stringent measures are taken against the officer to serve as a deterrent to others.

She continued that”The officer should be made to tender an unreserved public apology to the victim as well as pay compensation for the humiliation the Corps member suffered.

“The investigation of the incident should be hastened and concluded soonest as Nigerians wait to hear the outcome.

“The unfortunate incident must not be allowed to be swept under the carpet, the President of NAWOJ warned.

In spite of the huge investment in the water sector by the government and international organisations, water scarcity has grown to become a perennial nightmare for residents of Abeokuta, the Ogun State capital. This report x-rays the lives and experiences of residents in getting clean, potable and affordable water amidst the surge of COVID-19 cases in the state…Corps member assault  Corps member assault

The Lagos-Ibadan railway was inaugurated recently for a full paid operation by the Nigerian Railway Corporation after about a year of free test-run. Our reporter joined the train to and fro Lagos from Ibadan and tells his experience in this report…Corps member assault  Corps member assault

This post was written by Osaretin Osadebamwen – Abuja and was first published at tribuneonlineng.com
Nigeria remains Buhari’s constituents, not an unknown group ― APC Chieftain