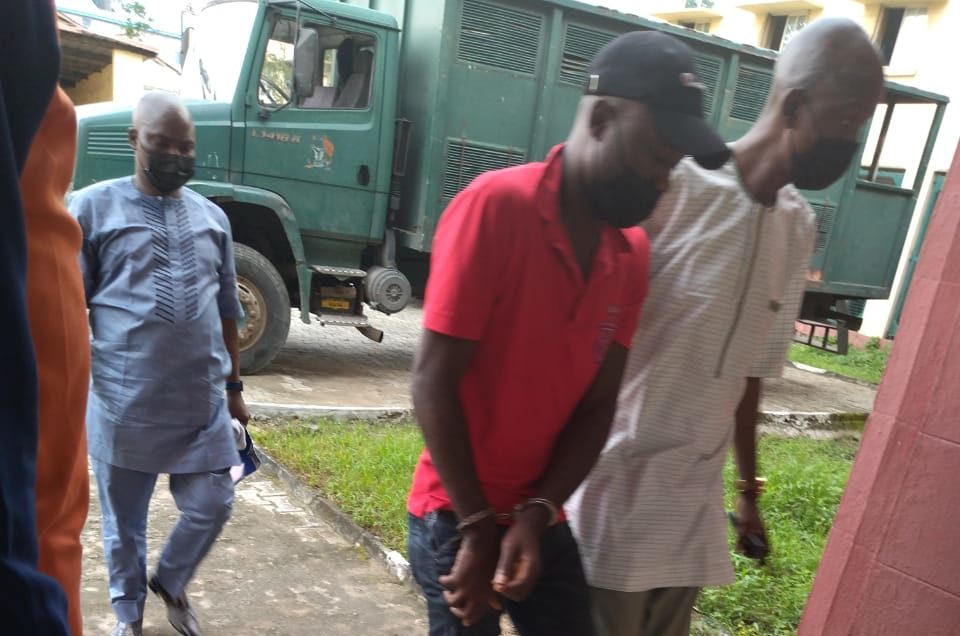 A magistrate court in Yaba, Lagos has given a 30-day remand order for Samuel Philips, the dismissed police sergeant who reportedly shot Monsurat Ojuade, a teenager, at the Surulere area of Lagos.

The magistrate, Adeola Adedayo, gave the remand order on Friday following the application for remand by the police counsel when the defendant was presented at the court.

Mrs Adedayo ordered a 30-day remand of the defendant, at the first instance, pending legal advice from the Directorate of Public Prosecution (DPP).

Mr Philips was arrested by the Lagos police command for allegedly shooting Ms Ojuade at her residence at Mogaji street, Surulere, on September 11.

The incident happened while the police went on a raid at the area around 10:30 p.m.

According to the account of the deceased’s family, the deceased was closing their shop located in the front of their house when they saw people running.

Mr Philips, who has been dismissed from the Nigeria Police Force, following the conclusion of his orderly room trial, will be tried for murder, the police said.

During the proceedings on Friday, the magistrate granted the application of the prosecutor to remand the defendant pending the DPP advice and commencement of his murder trial at the High Court.

Mr Mbaebie, the counsel to the family, prayed the court to urge the police to change its “stray bullet” narrative as to how the deceased died.

“The bullet that killed Monsurat Ojuade was not a stray bullet but a case of premeditated murder on the part of the killer police(man).”

Mr Mbaebie also said the police did not make the orderly room trial of the suspect public.

He added that the family was also notified of the arraignment of the suspect late.

The police on Friday morning communicated the dismissal of the ex-sergeant from the Force, adding that he would be charged to court.

“Our clients frown at this disrespectful and lackadaisical attitude of the police and also wonder how it has been easier for them to organise an orderly room trial of the so-called killer police without making public their finding till date and now, arraignment without making public the full identity of the culprit as earlier demanded by our clients,” Mr Mbaebie said.

Following the submissions of the counsels, the magistrate, Mrs Adedayo, granted the remanded request and adjourned the matter to October 25 for further hearing.

This post was written by George Ogala and was first published at www.premiumtimesng.com
Lagos #EndSARS Panel: How I spent two weeks in ICU after police shot me – Petitioner