Why we are forging closer ties with Lagos- Ohanaeze Indigbo

Why we are forging closer ties with Lagos- Ohanaeze Indigbo 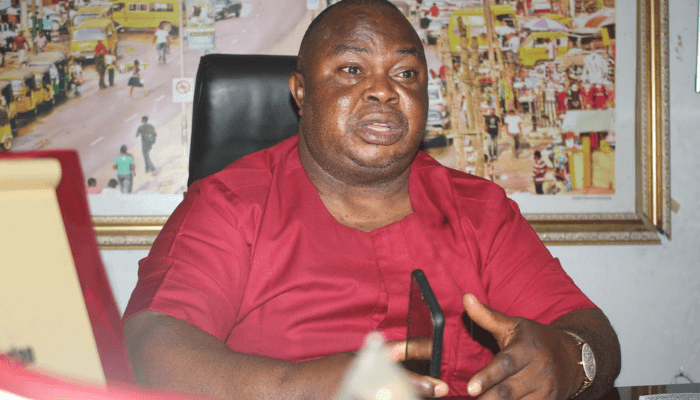 Solomon Aguene, the president of Igbo socio-cultural organisation, Ohanaeze Ndigbo, Lagos chapter, has said the union has decided to establish and maintain a cordial relationship with the Lagos State government because it was crucial for the promoting of Igbo interest in the state.

Aguene stated this over the weekend in an interview with BusinessDay, at its secretariat in Surulere, during the unveiling of Ohanaeze Indigbo Lagos international beauty pageant.

He said Igbo’s residing in Lagos had nothing to gain by not supporting the current administration of Babatunde Sanwo-Olu or working against the interest of the state.

“You cannot come to a place and be in the opposition, when you go to America and become enemy there, you are the one who is bringing a problem to yourself. Because when we say we are a socio-cultural group we can’t do without the government.

“The system of Africa has shown that we are a third world country. We are not matured enough to the standard of Europe and Asia in terms of tolerating criticism and providing for the interest of those same people.

He, however, said the union would continue to be an umbrella body for all Igbo indigenes in the state, irrespective of political affiliations.

“There are opposition parties and Igbo indigenes who want Ohanaeze to remain in the level they met it, I mean to be neutral,” he said.

Aguene further noted that the union remains the only legitimate umbrella body for Indigbo’s in the state, adding that his administration had transformed the union in the last three years by having a befitting secretariat and empowering Igbo’s.

According to him, “It is only Ohanaeze Indigbo that has the authority to galvanise the affair of Indigbo in Lagos, both in politics and business. So, it is complete ignorance that someone in APC or any party to say he is the leader of Indigbo in Lagos.

“I have transformed Indigbo Lagos State from Analog to digital before when they get the money they spend it, there was no secretariat, and this is the first secretary of Ohanaeze Indigbo in Lagos. We are empowering the youths, local government chairmen, and businessmen across the state”.

This post was written by Iwok Iniobong and was first published at businessday.ng
U.S donates $6.8m to combat human trafficking in Nigeria