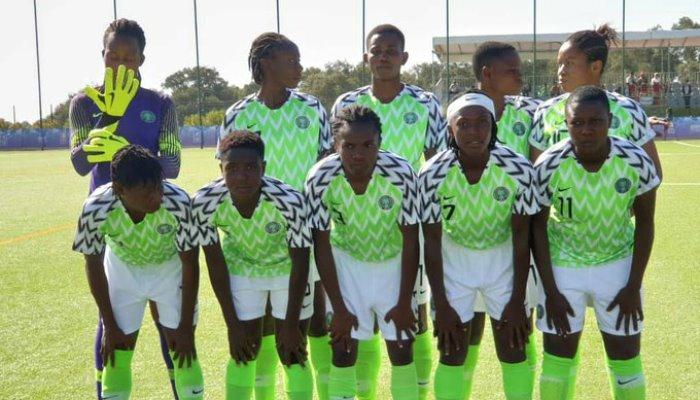 Falconets head coach Christopher Danjuma has expressed confidence in his Nigeria U20 girls as the real race for berths at the FIFA U20 Women’s World Cup Costa Rica 2022 begins for Nigeria in Douala on Saturday, with a first-round, first leg encounter against the U20 girls of Central African Republic.

Falconets flew into the Cameroonian city in the early hours of Thursday and trained at the Stade Japoma de Douala – the match venue.

Saturday’s clash was enabled by the withdrawal of Equatorial Guinea’s U20 side from the race, shooting the CAR girls straight to the first round against the highly –successful Falconets of Nigeria.

“We are here to earn a good result that will make the second leg a bit easier for us. We will go all out for victory against our opponents who are also playing on away ground,” said Danjuma.

Popoola sees Digital Transformation as next phase of growth for NGX

Central African Republic are playing their home matches in Cameroon as no venue in their country is deemed fit for international matches.

The first leg clash will kick off at 3pm Cameroon time, with the return leg in Nigeria on Friday, 8th October.

This post was written by Anthony Nlebem and was first published at businessday.ng
FirstBank wins Private Bank of the Year 2021 Award by Global Finance