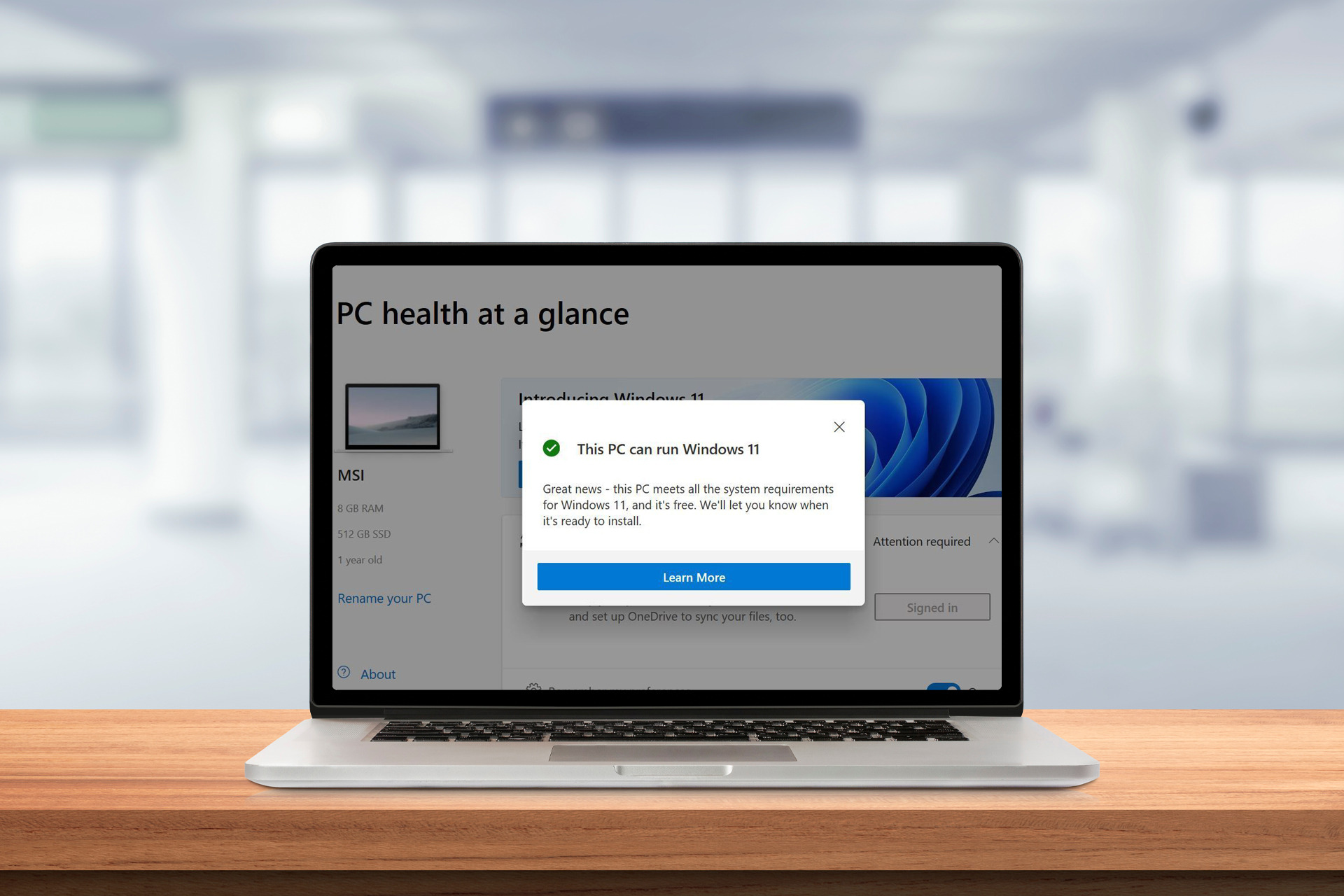 Windows 11 now has an official release date, on October 5th, and many people are more than eager to use it.

The system requirements have already been available and it’s for the first time that you can’t run a Windows OS unless you have Internet access.

However, if you want to be double sure or if you want to check faster whether your laptop or PC can run Windows 11, you can download the PC Health Check app.

Update: The PC Health Check is again available, but just for Insiders

After taking down this app, even though it’s been quite a while, Microsoft has returned with an updated version of the diagnosis application.

So the company likely has plenty more planned for the application by the time Windows 11 is ready to begin shipping.

And of course, as with anything in beta, there is always a chance of bugs and glitches that could ruin our experience.

But the application allows you to get a detailed compatibility check of your system, including the newly added Windows 11 compatible processors that Microsoft recently added to the list.

If your system does not meet the strict requirements of the upcoming OS, the app will give you a checklist of detailed reasons why not, and hopefully ways of fixing them.

You can read more about this whole situation by checking our other PC Health Check app-related articles.

Because of multiple complaints from users and some problems related to Windows 11 minimum requirements, the Redmond giant decided to rebuild and adjust the app for improved reliability and guaranteed compatibility.

Find out more details from Microsoft’s official statement. In the meantime, you can check if your PC is compatible with Windows 11 with this great alternative.

How to see if your PC is ready for Windows 11

Until Microsoft rolls out a new and improved version of the PC Health Check app, you will have to verify that information yourself by confronting the table with the minimum requirements specifications.

If you meet the system requirements provided by Microsoft, you will most likely be able to download and run the first Windows 11 Insider Preview Build.

You can also check our comprehensive article with the full list of technical specifications required by the systems to run Windows 11.

Furthermore, in case this is the first time you’re using the app, you should know that there are a couple of features inside the app meant to provide health and performance data. By using the PC Health Check app you can also do the following:

However, when we checked the app, it seemed quite old, or just not updated. For us, it showed that it was running version 2.1 from 2020.

Update: The app will now say why your PC isn’t ready for Windows 11

Microsoft has indeed updated the PC Health Check app to show more information about why your computer won’t be able to run Windows 11.

This initiative will help with some of the confusion that sprung up around compatibility. If you already downloaded and installed the application, it should auto-update when you start it up again.

The previous version of the tool caused some serious confusion among users, as they didn’t know exactly why their systems weren’t ready for the new OS.

It mainly showed users a fail message with absolutely no details. However, now, you will know the reason why Windows 11 can’t run on your device, so you can make the necessary adjustments.

Update: The new app crashes for many

Microsoft kept its promise and quickly released an update for the PC Health Check app. However, as we discovered, it seems that it crashes for many. We would appreciate it if you’d leave a comment below saying how the app behaves for you.

The sooner Microsoft is aware, the faster they’ll release a new fix.

However, it seems that not everybody finds this tiny app quite useful. Some users are disappointed with the fact that you aren’t really being told what requirements aren’t met.

From the looks of it, it seems that the TPM 2.0 (Trusted Platform Module) could be the biggest trigger of them all, and there’s already some chatter on the web around this.

We will probably have to dig some more and see what are the real implications for consumers because at the moment it seems that although this is a feature aimed at improving security, it does have its controversies.

Update: TPM 2.0 does indeed seem to be an issue

We followed up on Twitter and it seems that this is an increasing issue.

We also saw increased traffic on our article that speaks about this error: Your computer’s trusted platform module has malfunctioned.

So, this could potentially mean that an increasing number of Windows 10 users are testing the app and getting errors that could be linked to the TPM.

If you are one of them too, please help us know more by leaving a comment in the section below.

This post was written by Radu Tyrsina and was first posted to windowsreport.com
You won’t be able to run Windows 11 without a webcam