Google Pixel 6 Series will not Include Charger in the Box

Google Pixel 6 Series will not Include Charger in the Box 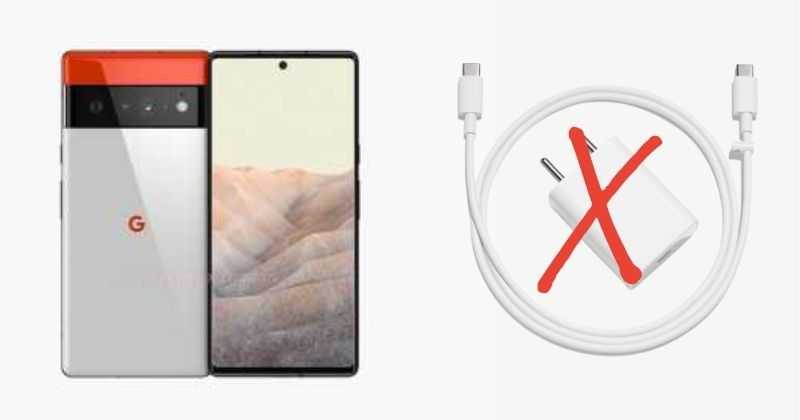 The leading smartphone brands like Apple and Samsung have stopped providing chargers in the box of their latest flagships. Now, Google is also joining them with their upcoming Pixel 6 series.

Google has announced that the upcoming Pixel 6 and 6 Pro will not have chargers in the box. Both the smartphones are set to launch later this year. According to Google, most of the people buying phones in this range already have USB-C brick at home.

Even Apple and Samsung gave the same reason for not including the charger in the box. The companies also gave environmental reasons for not doing so. They said, not inducing chargers in the box will help in reducing e-waste.

Google has recently, unveiled the Pixel 5A phone which will be the last phone from the company to come with a charger. With every Pixel series phone, Google has included 18W USB-C Power Adapter. The Pixel 5A also comes with the same but it will not be included in the upcoming phones.

Earlier this month, Google confirmed the launch of Google Pixel 6 and Pixel 6 Pro. The company revealed that the smartphones will come this fall and also shared some key specifications.

10 Best iTunes Alternatives That You Need To Try

The Pixel 6 and Pixel 6 Pro will be powered by the new custom chipset dubbed Google Tensor. The chipset is exclusively destined for Pixel phones.

With Apple and Samsung, Google has also been added to the list. But other brands like Xiaomi and OnePlus still provide chargers with their new flagships. We don’t know till when these companies follow this suit.

Xiaomi has done the same thing but it offered a different version of the smartphone with a charger at the same price.

Now, most of the well-known companies have announced that they will not include chargers in the box, so you need to take care of the chargers you have at home.

This post was written by Farhan Shaikh and was first posted to techviral.net
Gmail App will Soon Let you Make Voice & Video Calls