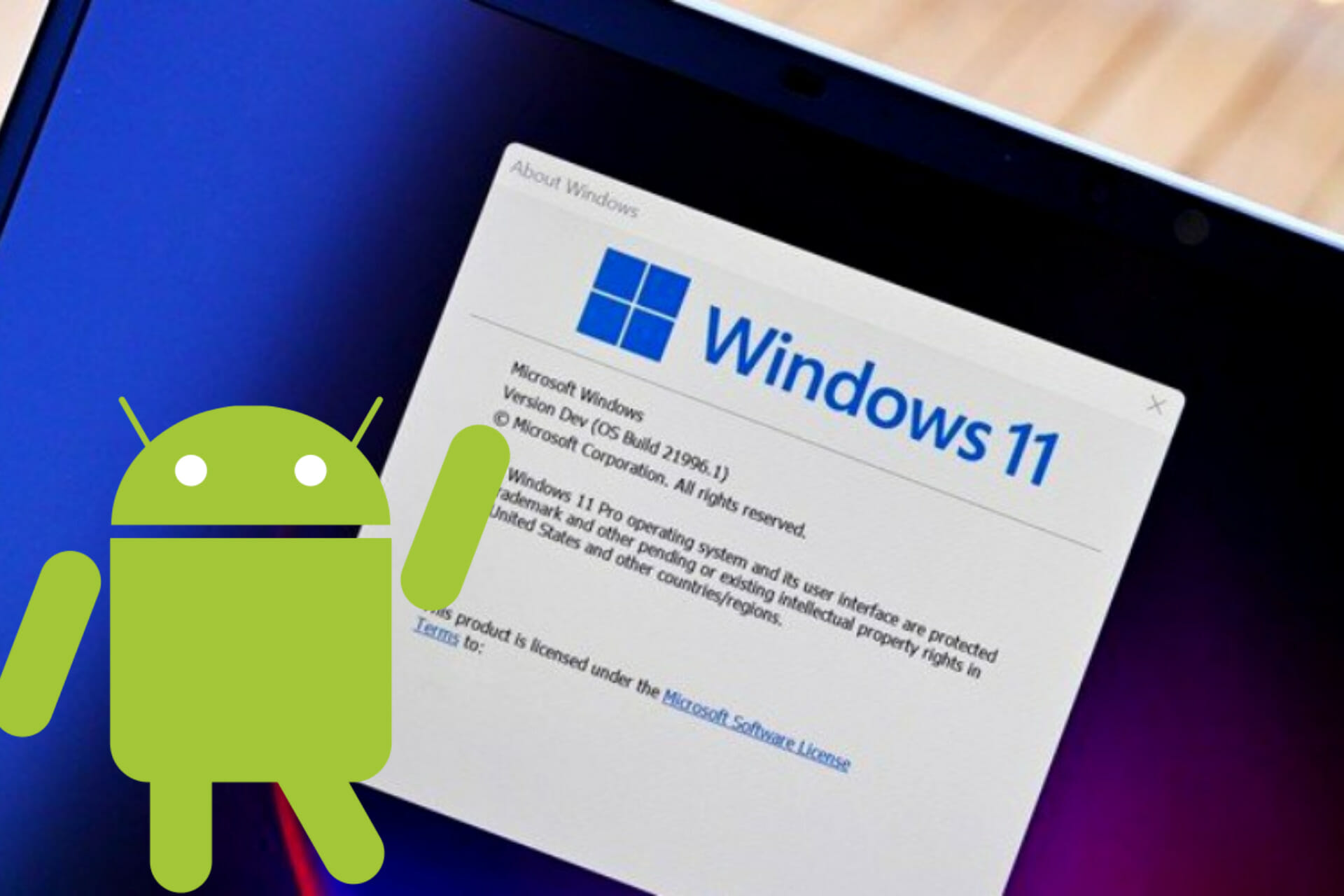 It goes without saying that one of Windows 11‘s most anticipated features is the Android app support, which was first announced during the Windows 11 event back in June.

Unfortunately, all users interested in this feature are going to have to wait, because Microsoft has confirmed that Android app support will not be shipping as part of Windows 11 this fall.

So, without a doubt, this highly anticipated feature will make its way to our devices starting with 2022.

Adroid app support has been delayed to 2022

The Redmond tech giant is therefore delaying one of the most expected features of its new operating system.

Company officials said that the OS won’t offer Android mobile phone apps on its new app store for PCs when its next iteration of Windows launches on October 5 as a free upgrade for many users.

Why is native Android app support so important you ask? Because it will allow users to find, install, and run Android apps via the Microsoft Store on Windows 11.

Through a partnership with the Amazon AppStore, Android apps on the upcoming OS are powered by a new Windows Subsystem for Android, which Microsoft says will go into preview with Insiders in the coming months.

We can’t know for sure if this new addition will roll out in an update for Windows 11 version 21H2, or if developers will wait until the next big operating system feature update, version 22H2, currently scheduled for release in fall 2022.

What we do know is that Microsoft has been working closely with Amazon and Intel to bring Android app support to Windows 11 and it’s not been an easy journey at all.

Remember that Amazon’s own App Store will be where Android apps are hosted and downloaded, and Intel is working on a bridge technology that allows ARM compiled Android apps to run on x86 platforms.

Users would rather have this feature later, than sooner and broken

If you thought that the user community was going to flip out after hearing this news, you are mistaken. The great majority of Insiders and other interested people, or parties, are willing to wait.

Rather than having native Android app support now and deal with pesky bugs and other critical issues that would impede them from using their favorite applications, most users are content with giving Microsoft more time.

We’ve taken a closer look on dedicated forums and social media platforms, just to see what the vibe is prior to the new operating system launch.

And although there are voices that disagree with the difficult decision that Redmond officials had to make, almost everybody else understands that this feature just needs more time, in order to function properly.

FIX: Black Screen of Death error on Xbox One

So just buckle up and enjoy a slow, comfy ride to the new Windows experience. You can also take a nap if you want to because it’s going to take some time until we can call it a complete one.

What are your thoughts on this delay? Share them with us in the comments section below.

This post was written by Alexandru Poloboc and was first posted to windowsreport.com
How is the Windows 11 gaming experience on Parallels 17?