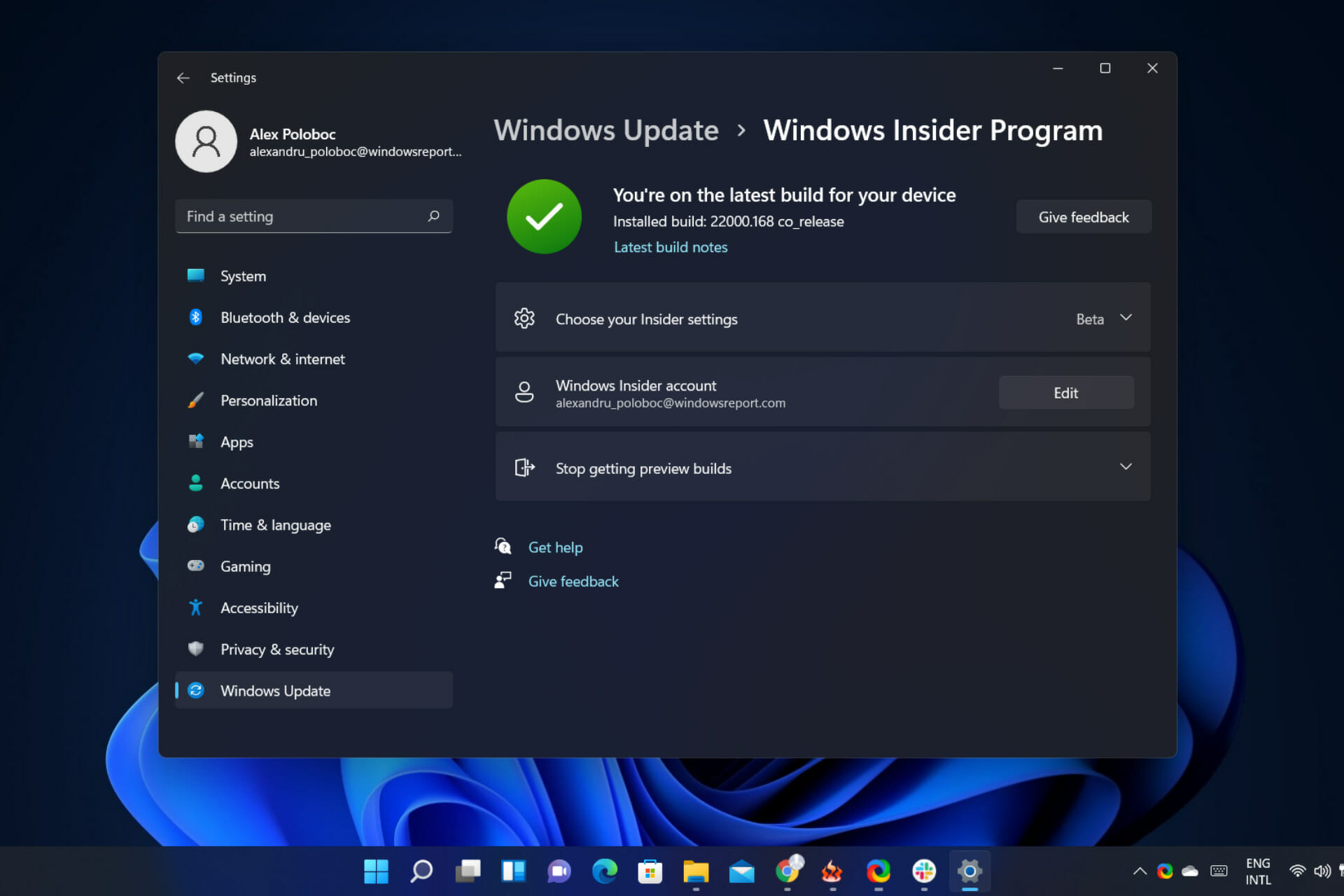 Back when Microsoft first announced Windows 11, most people were enraged at the fact that Microsoft made some drastic changes to the system requirements.

However, when it came down to testing the OS via the Windows Insider Program, the Redmond-based company wasn’t quite as strict as we thought.

Maybe because they needed more people to get involved and flag the bugs that were crashing certain apps and the operating system itself.

Well, this is all about to change so if your PC doesn’t meet the requirements for Windows 11, you are in for a surprise.

Unsuported PCs will be booted from the Insider program

Microsoft has started kicking unsupported PCs out of the Dev channel of the Windows Insider Program.

If by any chance you are in the Dev channel and your CPU isn’t on the supported list, you’ll likely find that you have to go back to Windows 10 in order to keep receiving updates.

If we really think about it, the transition to the new system requirements hasn’t really been a smooth one, but there’s a good reason that things are the way they are.

All this actually means that when Redmond officials decided on the new system requirements, they really had to think of a solution for all of the Windows Insiders that wouldn’t qualify for Windows 11.

Strictly because of this, Microsoft decided to let Insiders on the Dev channel tag along for Windows 11 testing.

When the tech company said it would consider Intel seventh-gen and AMD Zen processors for Windows 11 support, it got to look at data from all of the Insiders that were still able to run Windows 11.

And yes, we know it’s never fun when you have to reset your PC, but that’s the risk of the Insider Program.

No need to be sad, as we already did all the heavy lifting and showed Microsoft where they went wrong in designing the future operating system.

How to set an alarm on Windows 11

Based on the information we all provided during these months will surely help mold Windows 11 into the OS we all want to use.

What are your thoughts on Microsoft’s latest decision? Let us know in the comments section below.

This post was written by Vlad Turiceanu and was first posted to windowsreport.com
Valorant Will Not Run On Windows 11 Without TPM 2.0